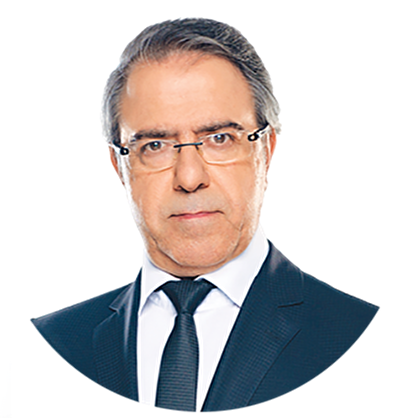 In my adolescent years I fell right in the center of that storm.

We are in Bursa, it's 1974 and most likely January, because I remember well freezing to the bone.

I cannot remember the exact time, but it was 2 a.m. or 3 a.m. What I do know however, is that there is quite some time for morning prayer.

The alarm we set rang and the whole family woke up and got ready to leave.

You might be asking, “Why did you go to the neighbor before morning?” how could you now the atmosphere back in those years!

Television broadcasts had only recently started. The only channel was black and white and it would close around midnight. And not everybody had a television in their homes. It was expensive and those who bought one could do so in installments.

Our's was a house that did not have a TV, but it would not make a difference if we did have one, because we did not even have electricity.

Yes, we were living in a makeshift home in Bursa's city center and back then, as punishment to those living in makeshift houses, the state would not allow electricity or water connections.

We had no power or water, but, because my father was an officer at the national post and telegraph directorate of Turkey, the Posta Telgraf Teşkilatı (PTT), we were the only ones in the entire neighborhood to have a telephone, which was one of the rarest devices back in those days. Whenever neighbors needed to use the phone, they would drop by our house.

That is how neighborliness used to be. Visitors would come to make a phone call and they would always be served tea or coffee.

What can I say, it was a very different Turkey.

Since not every home had a TV, those who had one would invite those who didn't to drink tea and watch television.

We would go and stay for hours. Let alone being disturbed, the host would even be happy about this. Just like when they came to our home and drank tea or coffee and chatted while waiting for hours for the “switchboard” to connect their long distance call…

So in a Turkey like this in 1974, sleepy-eyed, we would be at our neighbor's, at the home of the sergeant master from Yozgat, whose name I cannot remember. We were not alone either, there were a few more families and spread out in the living room.

Anyhow, the time came and the TV button was pushed and that well-known signal appeared. Shortly after the broadcast started. The entire family, we started to watch Muhammad Ali's return match with Joe Frazier, to whom he had lost three years ago, with the commentary of Orhan Ayhan, may God grant him a long life.

Breaths were held, countless prayers and Quran recitations were made for the boxer named Muhammad Ali, who was a ray of hope for Muslims whose identities were suppressed back in those days…

This is why we had given him the title, the “Fist of Islam.”

In the ring, after dodging with his butterfly-like soft and quick moves the consecutive hooks thrown by Joe Frazier, who was the first person to defeat him, Muhammad Ali tired his opponent then delivered his finishing punches and won the match. Thousands of kilometers away, we were in tears.

We were saying, this is what you call the fist of Islam… All the suppressed emotions we could not reveal had poured out of our eyes and we had relaxed.

After all, I was the son of one of the Nur movement followers, a potential “criminal” of the time, who we were worried on March 12, 1971 that our home would be raided and he would be captured because the “Risale-i Nur” (Epistles of Light) collection on our bookshelf was considered an element of crime, and for us, the punches thrown in the ring meant more than just punches.

With stars in our eyes, when we got out in the freezing cold weather to go home, it was almost sunrise.

In October of the same year, this time we watched black boxer George Foreman defeat Frazer again with the same heroic emotions on our neighbor's TV screen. We had a hero now. Millions of people who had nothing to do with boxing and sports now had an athlete that made them proud…

At a time when his fame and glory had peaked, Muhammad Ali came to Turkey. It was 1976 and late Necmettin Erbakan's National Salvation Party was going from one short-term government partnership to another. He toured Istanbul as a guest of Erbakan.

He prayed at Sultanahmet Mosque (Blue Mosque) and when he saw the excited crowd that had gathered to see him in front of the Hagia Sophia, this time it was the Fist of Islam who could not hold back his tears and he greeted this pure crowd in all sincerity.

When he hugged Erbakan he would say that this was the first time he hugged with a “white” leader and after converting to Islam in 1964, he first assumed the emotional then the ideological unofficial spokesmanship of Muslims.

He used to say that those who cancelled his boxing license were members of the Jewish lobby. He took on the Palestine cause and on his visit to Beirut while on a Middle East tour, he exclaimed that the “United States is the stronghold of Zionism and imperialism.” Two days later he said:

“In my name and the name of all Muslims in America, I declare support for the Palestinian struggle to liberate their homeland and oust the Zionist invaders.”

Furthermore, in 1985 he went to Israel to free the 700 Muslim Brotherhood members who were thrown behind bars and said he wanted to discuss this matter with the highest authorities in the country, but “Israeli authorities could not dare go into the ring.”

In 1980, we saw Muhammad Ali in India. He goes as far as – in terms of some – to say that both the U.S. and the world are “controlled” by Zionists. He condemned the raid on the U.S. embassy in Tehran by the Iranians, which led to an anti-Islam campaign in Western media, but right after it he added:

“religion ain't bad; it's people who are bad. You know the entire power structure is Zionist. They control America; they control the world. They are really against the Islam religion. So whenever a Muslim does something wrong, they blames the religion.”

Muhammad Ali, to whom we bid farewell on June 3, was loved in the Muslim world not only because he knocked out his opponents with his fist blows, but also imperialism and Zionism, and wrote “Allah is the greatest,” (Allahu akbar) in his own newspaper at a time when Islam was widely oppressed and insulted, and his declarations, which were as hard as the punches he threw in the ring, were considered the restoration of their humiliation.

In sum, this was the spell that took us to our master sergeant neighbor in the darkness of that cold January morning.