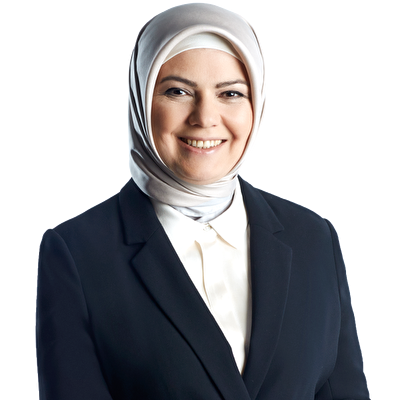 All Years
All Months
39 articles listed
Oldest top
May, 2020

​The Arab world turned upside down by films, TV series

WADJDA AND UM HAROUN “Wadjda,” a 2012 production, is Saudi director Haifaa al-Mansour’s feature-length film. I was only recently able to watch it when it was screened at the IKSV (The Istanbul Foundation for Culture and Arts) film festival.It seems t... more

Beirut, the site of Judgement Day…

It seems these days we will keep singing Fairouz’s song “Li Beirut,” which starts with “A greeting from my heart.” While depicting the city’s atmosphere which changed with civil war, she says the city tastes like fire and smoke. Li Beirut is the s... more

Since 1997, Iranian women have insistently become candidates in every presidential election. They bring up this issue in every political debate, discuss it or make it be discussed, despite the mullahs and the constitution that considers this to be in... more

Following the massacre that ended the lives of 44 people with 400-500 tons of explosives, we are obliged to live our mourning and share our pain, grief and express our grief all the while cursing the perpetrators. Of course “life goes on,” but this d... more

They are targeting Turkey's survival

At an Eid program he attended, President Recep Tayyip Erdoğan said the threat Turkey faced continued, that we needed to keep the July 15 spirit alive and that the real target was Turkey's survival. Meaning that he clarified the real issue as Turkey b... more

The asylum seekers who have reached Piraeus Port are being kept there in order to keep them from accumulating at the borders. Their numbers are estimated in the 200,000s. The Greek-Macedonian border is opened under control, and about 10 people are al... more

Neither bad weather conditions nor tight security measures, nor the bargaining power of the European countries could prevent migration to Europe. However, Syrians are not the only ones on this train. Many people from Morocco, Iraq and Afghanistan wan... more

Does the Kurdish movement want reconciliation and peace?

The 1990s were the years of trauma for all of us. Our stance against the things experienced in the Southeast of the country and the view of the Islamic fraction on this issue are obvious.May those who are not lazy look at the publications. Today nei... more

What should be Islam's political vision?

Times of illness give the opportunity to repeat some incomplete readings. When putting together today's column, I wanted to share notes from an interview that calls us to rethink our old issues… The upcoming years are going to be an era in which many... more

Who is fighting for what? Where is Demirtaş going?

The areas Eurasia and Russia separated from each other, the Ottoman Empire-Byzantine and Orthodox basins have been the focus of both civilizations and clashes. It seems that this situation has been continuous. At the top there is war among religions,... more

Are the people bored with Putin?

“If we took a professor from a thousand years ago, and put him in a modern classroom, would his status of wisdom change? Professor Howard Rheingold, who asked this question, is a social scientist at Stanford University well known for his studies on s... more

Our reaction to the terror attacks in Paris was no different than the great dismay and sorrow we felt in response to previous terrorism incidents. Yet we have to analyze the increasing danger and potential threats. With every attack, enmity toward Mu... more

Many things have been written about the June 7 election.Quite a few people put forth various reasons for the situation, such as not electing political experience, acting with overconfidence, ignoring the differences between political theory and pract... more