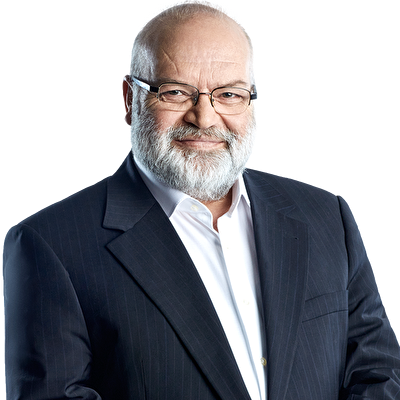 Yesterday, Yeni Şafak published a very important news article, highlighting a report prepared by the Islamic Council in Victoria, Australia, under the title “Islamophobia in the Digital Age.”According to the report, Twitter leads social media in inci... more

What role did the Turks play in Islamizing India?

In his speech at the “Asia Again; New Perspectives in Developing Turkey’s Trade with Asian Countries” summit that was organized in January 2021 by the Foreign Economic Relations Board of Turkey (DEİK), Foreign Minister Mevlüt Çavuşoğlu said: “The pen... more

It was about 15 years ago when I visited India with a few friends.Our initial goal was to travel around Mumbai/Bombay, yet we extended our journey all the way to Kolkata (formerly Calcutta) out of curiosity to see the Muslim face of India.This is due... more

How should we defend the cause of Jerusalem?

Discussing something that is "wrong" and wrongfully discussing something are not one and the same.The latest attempt regarding the U.S. granting Palestinian territory to Israel is a huge mistake and the last of the chain of errors starting from the a... more

The Saudi Kingdom’s fear of Turkey

When you want to buy sugar, coffee, meat, et cetera products from Brazil, you will come across American companies.I enquired with a lawyer in Sao Paulo as to the reason behind this. He had said, “We even sold our soul to America in order to live: thi... more

Fasting is above and beyond its known benefits

We have reached yet another month of Ramadan. All praise is to our Lord who has given us this opportunity. Talks on the benefits of fasting have also started. Let them start; what needs to happen will happen. Whatever the environment requires to be ... more

Eid on days of tribulation

I started writing my column by closely monitoring the news that appeared on my screen about a bomb-laden vehicle being blasted in the area between the Justice and Development Party's (AK Party) provincial headquarters in southeastern Van province and... more

Losers ask: What will happen to us?

With the Justice and Development Party's (AK Party) clear inherent victory, the choir of evil's excuses to cast a shadow over the people's expectations for today and the future, their demands, hopes and this success for the last five days, has come t... more

It's obvious that the parallel structure is working with all its might to corrode AK Party and thus create a rulership problem in order to disturb the peace and stability in the country for their organizational benefits.There is a simple account behi... more

Presidency and the new rightists

Based on his knowledge of and experience in managing a government, for the last two years, the president has been saying that it is necessary to switch to the presidential system. Consequently, this solid and consistent statement should be embraced a... more

I was the Deputy Secretary General at Kırıkkale University during February 28th.Almost a week after Çevik Bir, the Founding Rector of the University, had been dismissed by means of phone instructions, I had been reassigned to the not-so-active Head o... more

Is HDP the last hope of the parallel structure?

It seems that the parallel structure has started a new election-centered endeavoring, when they realized that the Kurdish-defined terror and terrorizing, which they wanted to produce on top of their actual plans for the past two years, could not dama... more

How much of an Arabia is Saudi America?

If we are talking about going sour when our spirits are high without having a health or physical problem, it is not due to our situation, but more about an unfavorable condition that we feel. Some things settling down in our heads have taken us under... more