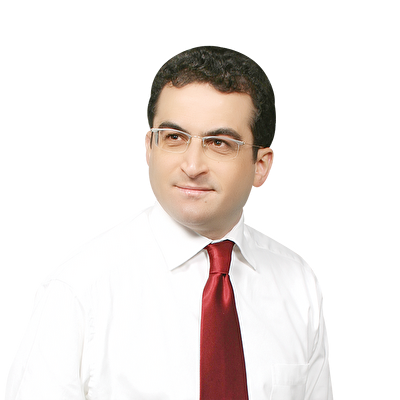 Turkey will not be fooled by the US!

U.S. Special Representative for Syria James Jeffrey’s deceit can clearly be read on his face. He is running wild at the peak of insolence. Who can call him human?The United States of Terrorism’s Sly Fox came to Ankara “for the second time in a month”... more

Why do some ask 'what business does Turkey have in Libya?’

East Libyan Commander General Khalifa Haftar, who is trying to overthrow Tripoli’s legitimate government, has been protected and supported by the CIA for years. * He struck a deal with the CIA after Gaddafi abandoned him...He crossed from Chad to the... more

The Nobel Prize going to Peter Handke went into history as an unforgettable scandal symbolizing the West’s hypocrisy. This “so-called author,” who was awarded by the Swedish Academy is an apologist for the Bosnian genocide. He is also a fan of war cr... more

What is the NATO mentality?

“Terrorism, in all its forms and manifestations, remains a persistent threat to us all”: this was the conclusion reached in the NATO Summit in London.Additionally, allegiance to Article 5 of the NATO Treaty stipulating “that an attack against one All... more

Wasn’t the YPG going to withdraw from the safe zone in northern Syria?

The White House’s blond cowboy loves to tell tall tales. This time he said that “the ceasefire in northeast Syria is going very well.” No shame at all!As U.S. President Donald Trump the fraud made this statement, the Kurdistan Workers’ Party’s (PKK) ... more

It is obvious that the terrorist state Israel deliberately bombed the building in Gaza, which also contained the office of Turkey’s state news agency, Anadolu Agency.The photograph showing Israeli forces targeting and striking the building in questio... more

Venezuela state President Nicolas Maduro declared the defeat of the coup attempt launched by a group of soldiers affiliated with the opposition: The fascist American state and its most useful puppet in Venezuela, Juan Guadio, were disappointed “once ... more

One by one, they’re trying to get Ankara to back out of the S-400 deal!

The bandit state of America is trying to get Turkey to withdraw from its S-400 deal with Russia through various threats and blackmail.The influence agents “on a special mission” in Turkey are taking stage to get Ankara to withdraw in accordance with ... more

Trump ordered the coup in Venezuela!

The Secretary of the Bully State, Mike Pompeo, declared that “In solidarity with the Venezuelan people and its respect for democracy the U.S. recognizes Juan Guaido as the interim President of Venezuela”.Whenever the U.S., or the “Great Satan” talks ... more

The US wants to stall Turkey’s military operation in Syria!

The same provocation has happened again; the latest bloody attack in Syria’s Manbij is an American classic. It is a bomb telling the U.S., "Don't you dare withdraw from Syria!"There is no doubt that Uncle Sam is rubbing his hands and saying, "I stopp... more

TRUMPKK and the United Lies of America

The blonde devil, the head of the bandit state Donald Trump attacked Turkey arrogantly on Twitter saying, “Will devastate Turkey economically if they hit Kurds.” He openly threatened us.Well, what does he mean? For the U.S., it means economically dev... more

The "delegation of bandits" led by U.S. National Security Adviser John Bolton is going to hold meetings in Ankara today.According to the Wall Street Journal, they are bringing a map to Ankara.As they do not want Turkey to enter the certain area in wh... more