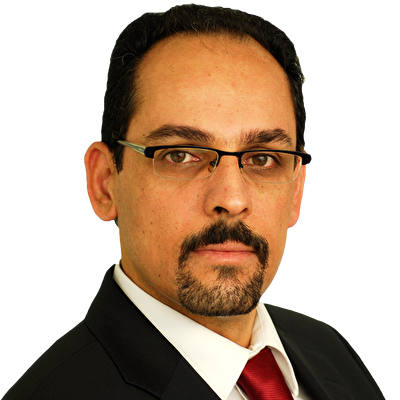 The saying of Prophet Muhammed "God is beautiful and He loves beauty," sums up an essential part of Islamic aesthetics: Beauty is a divine quality and it is manifested in everything that is beautiful. Given the deepening ugliness of the modern world ... more

Wisdom and Determination against Violence

Was giving a public lecture on Hoca Ahmet Yesevi (d. 1166/7) and his ideas on wisdom, love and tolerance when on the morning of Jan. 12 a suicide bomber carried out a terrorist attack near the Sultan Ahmet Mosque in Istanbul. By the time I finished m... more

Global order and power equilibrium in 2016

The new year did not come with any good news for the world. The global disorder and regional chaos of 2015 appears to have continued into 2016. Unless a certain degree of power equilibrium is achieved at the global and regional levels, we will see a... more

A glimmer of hope in Syria?

The U.N. Security Council (UNSC) Syria Resolution of Dec. 18 could be a game changer in the four-year bloody war in the country. But its success depends not on what is said in meetings but what is done on the ground.UNSC Resolution 2254 can be seen a... more

After squandering numerous opportunities to disarm and make peace, the PKK is seeking to start a new urban war in Silopi, Cizre and other cities in the southeast. It is sure to fail because it has neither the military capacity nor the popular support... more

"Not all cultures are equal." Last time we heard such statements, Western colonialists were pulverizing the world from the Middle East to Africa and Australia all in the name of civilization. Now it has come up again in the rush to attack Islam and d... more

Recovering the middle path in a world of extremes

The recent terrorist attacks in Ankara, Beirut, Paris and most recently inSan Bernardino, California once again brought violent extremism to the top of the global agenda. Whether driven by religious zeal, ethnic nationalism or ideological motives, vi... more

The downing of a Russian jet fighter over the violation of Turkish airspace is another casualty of the Syrian conflict. The incident has created short-term turbulence in Turkish-Russian relations but will not derail it. The relationship has enough de... more

Terror, the Assad Regime and Paris

Voltaire was once asked what he thought about the Holy Roman Empire. His witty response was that "it is neither holy, nor Roman nor empire." DAESH or the so-called Islamic State warrants a similar response. It is neither "Islamic" nor a "state." Rath... more

Western and Muslim nations must unite against terrorism

The attacks in Paris on Nov. 14 as well as the hostage situation in Bamako, Mali on Nov. 20 are the latest incidents in the short yet deadly history of DAESH and the likes. From Ankara and Beirut to Baghdad and Paris, terrorism is a global phenomenon... more

The Turkish Presidency of the G20 summit in Antalya

Turkey will host the G20 summit in Antalya on Nov. 15-16. The summit comes at a time of major economic, political and security challenges for the rich and poor of the world. It is expected to prepare the ground for a road map that will find ways to i... more

Consensus politics after the elections

After four elections in 18 months, Turkey needs to leave behind partisan politics and focus on the country's larger strategic issues. This is needed for Turkey's internal peace and stability as well as to address such urgent issues as terrorism, refu... more

Turkey's choice and the reclaiming of the political center

The Nov. 1 elections in Turkey gave the Justice and Development Party (AK Party) a resounding victory with the party receiving 49.4 percent of the votes and gaining a comfortable majority to form the government. The overwhelming majority of the elect... more