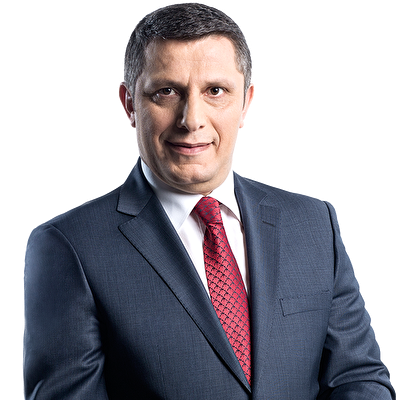 Erdogan's biggest achievements over the past 21 years!

It has been 21 years since the establishment of the Justice and Development (AK) Party. President Erdoğan summed it up by saying: “Every moment and day that passes us has been crowned with struggle.”The ruling AK Party was established during the mili... more

Will President Erdoğan please reveal the truth before he 'makes a run for it'?

Mr. Recep Tayyip Erdoğan, we heard that you are getting ready to flee the country. You provided great services to this country and nation throughout your political career. When you took over Istanbul in 1994, it was a reeking swamp, inundated with ga... more

DATE: Nov. 14, 2015 “President Recep Tayyip Erdoğan gets news from Georgia where he has gone for an official visit to hold accession talks. At a time when he is at his most powerful and is taking the world by storm, where did the overthrow of govern... more

End of an era with the US

We are undergoing the most fragile period of history with the U.S. We attribute this crisis to various reasons, with some of us chastising the U.S.’s policy on Iraq and Syria or its support for Kurdistan Workers’ Party (PKK)-affiliated Democratic Uni... more

We found out with Yeni Şafak newspaper's headline story, “İşte o binbaşının ifadesi" (Here is that major's testimony), that Turkey has a living Ömer Halisdemir. Our newspaper's judicial correspondent Osman Özgan reached the testimony made by Major ... more

The 'great attack' once again

We started the new year with a bloody attack. A total of 39 people, including foreigners, lost their lives in the attack that took place at an Istanbul entertainment venue frequented by Turkey's elite. We are becoming subject to increasingly professi... more

Both a great war and great betrayal

We faced a terrorist attack conducted by imperialists who wanted to destroy us 100 years ago and who have not given up their desire since then. The attack came on the day when the constitutional amendment, which will pave the way for a fully independ... more

There's no coup, make yourself comfortable

When the coup rumors started to go around pre-July 15, as journalists, we turned our receivers toward the direction of the rumors. This led us to communicate more frequently with people from various circles. Our initial thought regarding the rumors w... more

The Justice and Development Party (AK Party) has been defending the presidential system for a while and the Republican People's Party (CHP) has been criticizing it. The CHP withdrew from the Constitution Conciliation Committee. But when the AK Party ... more

The timing of PKK's attack

The terrorist organization PKK is a product of September 12th. In the period when the military prepared the platform for the coup d'état, PKK started growing up. It's not my intention to talk about PKK's history. The PKK, who is essentially fighting ... more

ISIL is the illegitimate child of the U.S.

Turkey has been facing allegations claiming that it is “a supporter of ISIL”. All actors hostile to Turkey, including the parallel structure and the outlawed PKK, are carrying out perception management about Turkey. What is ISIL, who is it and how di... more

Taksim tops it for us; let the Kaaba belong to the Muslims'

The pro-Kurdish Peoples' Democratic Party (HDP) co-chair Selahattin Demirtaş, who initially appeared under the guise of Turkization is starting to increasingly reveal his Kemalist side. It seems like Demirtaş, who was able to garner the support of le... more

Hodja, are we going to foresee the Lottery numbers also?

In his book entitled, “Chapter to Chapter”, Fetullah Gülen is stating that before an exam he will be able to see all the questions and details in a dream. As you know, the Public Personnel Selection Exam (PPSE) in 2010 was canceled when it was unders... more