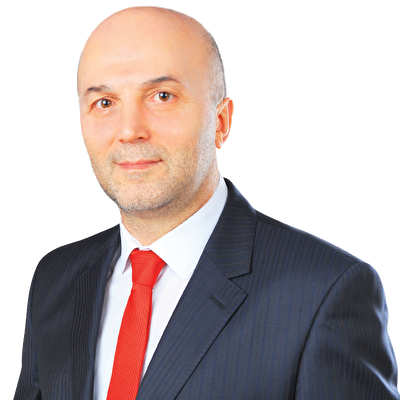 What’s behind Erdogan's change at the helm of Turkey’s Central Bank?

As everyone now knows, Turkish President Recep Tayyip Erdogan on Saturday unexpectedly sacked the country’s Central Bank governor that was appointed only four and half months ago, and replaced him with Professor Sahap Kavcıoglu. And as expected, mark... more

Academic studies on Covid-19 are gaining speed as the pandemic intensifies. There are two primary approaches given prominence to prevent and end the disease. One is increased public immunity (herd immunity), the other is the discovery of a vaccine.Si... more

In many countries (especially in the EU), it can be observed that even though it has been 10 years since the 2008-2009 global crisis, the recession created by the event hasn’t been overcome as of yet, and unfortunately many countries have exhausted t... more

Turkey should play a role in Africa's revival and construction

Today, Africa is a continent that has the world's richest natural resource reserves, youth potential, as well as cultural and historical background.The continent is known to have extremely rich reserves of gold, diamond, oil, natural gas, and basic i... more

Rising trade walls and the threat to peace

As is known, World War II broke out as a result of patriotism that was intensified primarily by the U.S. and U.K.’s protectionist policies especially against Germany and Japan. The IMF and World Bank were established immediately after World War II... more

The dance of the dollar

The rise in the exchange rate of the dollar, which has rallied in recent days, is ongoing. It is known that political reasons remain in the background of this rise. The last apparent reason is that Pastor Brunson was put under house arrest for cooper... more

Clash of liberal capitalism and democracy

We generally associate capitalism with democracy. Yet today, no capitalist society can be identified as democratic. Because in capitalist societies, people’s freedom, in the true sense, could not be provided for and ruling governments have not answer... more

One of Trump’s most significant election promises was bringing back the old power of the U.S. and building a “stronger U.S.”During the elections, Trump supported the idea that globalization steals the U.S. capital and production abroad, which is in c... more

The Qatar crisis, its economic impact and Turkey's stance The Qatar crisis, which is of particular concern to Turkey, has been occupying the agenda in the past days. The crisis started with Egypt, the UAE and Bahrain, headed by Saudi Arabia, cutti... more

Capital stock is one of the most important factors that developing countries need. Because countries like Turkey have a dynamic population, there is a need to create new fields of employment. Therefore, it is clear that new investments and capital st... more

The night of July 15 was a disgrace for Turkish democracy; hundreds of our citizens were murdered by terrorists who were members of a group of the illegal gang Gülenist Terror Organization (FETÖ) and it went noted down in our history as one of the da... more

The footsteps of the new Turkey

A powerful government coming out of the November 1 ballot box, has scattered the misty air ofcoalition uncertainty. The elections results have warmed the society, helped it breathe a sigh of relief, and relaxed it just as I feel now as I write my art... more

The election and expectations

Just as expectations keep our morale good or bad, they also influence our behavior. The consolidation of these behaviors lead to economic decisions. In other words, our behavior turns into consumption, saving, recreation, speculative anticipation, ... more