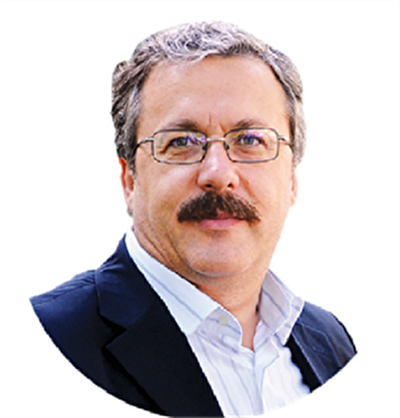 History: Abd al-Wahhab, the founder of Wahhabism, Saudi Arabia and Qatar’s official sect, initially formed a military from the Arab gangs that used to make a living from looting the convoys going for hajj. He later gave the order to revolt against the Ottoman Empire, the legitimate Islamic state and caliphate of the time. As a matter of fact, it is said that he died the day he gave that order. Muhammad ibn Saud, his nephew and the agha of the al-Qasim area, who succeeded him, waged war a year later by putting the revolt against the empire into action. He first pillaged the city of Karbala (1801). One year later, he drove the Ottoman Empire, which has been the custodian of the two holy cities, out of these sacred lands,  Mecca and Medina, for three centuries – and took them under his control as well. Later, Tosun Pasha repelled these insurgents and re-established the empire’s hegemony. Attacking again later, they established the second Saudi state. They lost once more. Finally, the path to establishing the third Saudi state opened under British Lawrence’s clever strategy. It is said that if it weren’t for Lawrence, they would not have come together. Ever since then, the region has been under their control. Today, the Abd al-Wahhab lineage is referred to as Al ash-Shaykh (family of the sheikh). His successor Muhammad bin Saud’s lineage is called the house of Saud. It is also said that there have been tribal conflicts from time to time between these two families that have been together until now. The latest news is that Al ash-Shayk has been isolated lately.

Looking at the early period Wahhabi literature, even though it is said al-Wahhab’s religious effort is more of a reform, we are faced with an organization that has, in time, turned into an independent sect that produces its own alternative fundamentals of faith, jurisprudence and politics.

In time, certain practices of the pious can become detached from the original and take a degenerative form. When evaluated in terms of structure, as they were the ones who tampered with the substance and principles of the religion and revolted against the legitimate caliph, what the Wahhabis did was destruction rather than reform. True reform and revival could only be possible through mujtahids (authoritative interpreter of Islamic law) having the title “muhyiddin” (reviver of the religion) or “mujaddid” (one who brings renewal).

While this movement primarily found a place for itself within the Hanbali sect, in the following period, they reached a point that detached from this tradition. As a matter of fact, they even started to criticize Ibn Rajab, Ibn Taymiyyah and Ibn Qayyim al-Jawziyyah, who come from the Hanbali tradition. Even Ibn Taymiyyah, who couldn’t separate chalk from cheese when criticizing certain innovations, was accused by ultra-Salafis with Sufism (his grave is in the Sufi graveyard in Damascus). Today, it is clear that almost all of the Muslim-origin terrorist organizations wreaking havoc around the world feed on this Wahhabi interpretation.

Although the old generation administrations loyal to the Wahhabi tradition always took action in parallel with Western and U.S. interests, they did not hesitate to display their own stance in certain sensitive religious and national matters. For example, despite all pressures, they continued to see the Palestine issue as almost a national matter. And in relation to the position of women, they had made no concessions from the harsh stance of their own sects.

Now: Today, their grandchildren educated in the West see matters differently than their grandfathers. As in all matters, they are a lot more flexible in national and religious subjects as well. We will see in time how far this flexibility will go.

Through the recent agreements with the Trump and the billions of dollars transferred, the connection of certain terrorists acting in the name of Islam with the Saudi Islamic understanding of Wahhabism, was hidden. They are acting as though the majority of those who struck the twin towers with airplanes on September 11 were not Saudi citizens. The extremist groups in countries such as Afghanistan, Pakistan, Somalia et cetera being extensions of the Wahhabi ideology is no longer mentioned anywhere.

Crown Prince Muhammad bin Salman bin Abdulaziz, who was born in 1985, was a name nobody knew of until his father became king in January 2015. He was made crown prince instead of his nephew Muhammad bin Nayef. He recently announced a future project for his country called the 2030 vision. He said that first the parasitic citizen type that does not produce but lives in luxury as a result of the oil-based economy will come to an end and that local productions and the industry will be strengthened. Socially, there will be cinemas and theaters opening in the country and women’s freedom will not be limited to driving alone and be spread to all areas.

However, these were not what really what drew attention among his statements. The following stood out more and what he  meant is still being discussed: “The Arabia of the last three decades is not the true Arabia. The Middle East of the last three decades is not the real Middle East. Some countries wanted to take the 1979 Iranian Revolution as an example. Saudi Arabia was one of them. We did not know what we wanted. But now, it is time to get out of this.”

With great tactic, the blame was directed elsewhere without even mentioning the capacity of Wahhabism to produce terrorism.

It appears the “Great Middle East” project has taken a break from production center operations. It is able to announce new projects by immediately adapting to every new situation. International forces are after new scenarios. In light of the latest developments in Syria, the extremist children in the Middle East are gradually being eliminated – either by killing them or allowing them to escape to other regions. However, in order to enable the chaos in Afghanistan and Pakistan to continue, these children will be protected there for a while longer and encouraged. Their Eastern neighbors need them too. It seems these children will continue to be used in some African countries as well. Their expiry date is not due there yet.

In brief, some of the transformations in the tradition are in the form of reform, revival and renewal. However, for this to happen, the compass point needs to be stable. If it has no stability, it cannot be rehabilitated. Similar to what their grandfathers did, this would be disorder. What they did was a crime that, essentially according to Salafi jurisprudence, required cutting off hands and feet.

They had rebelled against the legitimate caliph. Now, their grandchild is talking about a transformation that seems suitable. His grandfathers had deceived thousands of innocent people saying the same.

Of course, we need to look at how this situation will reflect on us. First, what the Saudis say they are seeking is something that already exists in Anatolian Islam that is bred with the tolerant Islamic Sufi ideology. But with the steering of the British, they waged war against this Islam and hence, led this Islam to pull away from the Middle East. Then what needs to be done for moderate Islam is clear. It is not to go to the U.S. but to go to Anatolia. Of course, in the true sense. Not as a project of politicians who say let us support Sufism to prevent al-Qaida.