Being right is not enough, you need to be mighty - YAŞAR SÜNGÜ

Being right is not enough, you need to be mighty 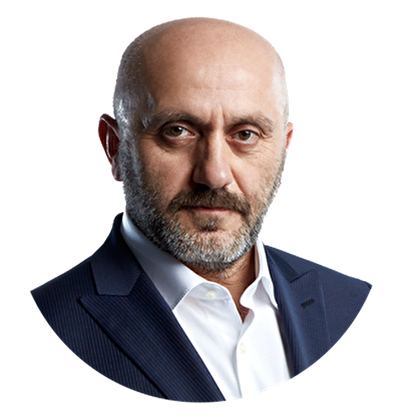 The Greek Administration of South Cyprus is trying to suppress Turkey’s rights in the Mediterranean with support from the Western colonialist mentality. Today, the very same mentality that sees gains instead of people in African countries that are rich in terms of minerals, is after making unlawful profit in the East Mediterranean. They too know that it is not possible to take over the natural gas reserves in the East Mediterranean by ignoring Turkey and the Turkish Republic of North Cyprus (TRNC). They want a fait accompli.

According to Ferhat Ercümen, an international maritime law Ph.D. student at Glasgow University, the Greek Administration of South Cyprus wants to develop its previously limited relations with countries in the region, such as Israel and Egypt, to make pacts in capacity of the sole owner of the island, and gain political power against the TRNC and Turkey in addition to its economic gains by granting unilateral privileges to international companies such as Total, Eni and Exxon within the scope of having the energy reserves found in the southeast opens of Cyprus divided, drilled and processed.

Providing the following information about international maritime law, our expert also draws out the source of the problem:

Knowledge of the continental shelf and EEZ is necessary to understand East Mediterranean energy sources.

However, the EEZ is considered a maritime zone that gives right to activities such as fishing, generating energy from waves and wind on the water body, and these are rights that are required to be declared.

International law advises that these zones primarily be divided by consensus between states that have coasts along the sea. In cases which this is not possible, international arbitral tribunes and courts are the next resort for a solution. In the case this does not provide a solution either, international courts produce temporary solutions between the related states aimed at their benefit from these natural resources.

Thus, these principles are clearly stated in the 1982 United Nations Convention on the Law of the Sea.

Ultimately, any initiative such as the unilateral use of natural resources, which will irrevocably change the rights of the related countries in undivided maritime zones, is considered illegal.

Let us now discuss the source of this problem.

The source of the problem here is that there has been no comprehensive continental shelf division between the states aimed at the processing of natural gas and oil sources in the East Mediterranean.

The reason behind this is primarily the Cyprus problem and the continued dispute between the countries with a coast along the Mediterranean aimed at the division of political and maritime zones.

Despite this, the Greek administration has signed pacts restricting maritime zones with Egypt and Israel as the sole authority of the island; and the pact the administration wanted to make with Lebanon was prevented as a result of Turkey’s efforts.

Despite this, the recent discovery of serious natural gas reserves in fields Israel calls Leviathan, the Greeks call Aphrodite, and Egypt calls Zohr, all near to each other, has brought the said countries closer. Additionally, with Greece’s efforts to join this group, discussions have started on the transport of the gas that can be drilled from here to Europe. However, neither Turkey nor the TRNC have been included in this equilibrium. Their entire efforts are to produce a physical fait accompli in the East Mediterranean.

Yet Turkey is playing its cards against these games without stepping back – it is saying “I am on the ground too.” However, the international game in the East Mediterranean is serious enough to make the internal economic, political and social problems forgotten.

The history of humanity is witness to how law is suspended by the powerful once interests become indispensable.

Hence, most of the time, being right is not enough; being mighty both abroad and locally is necessary.