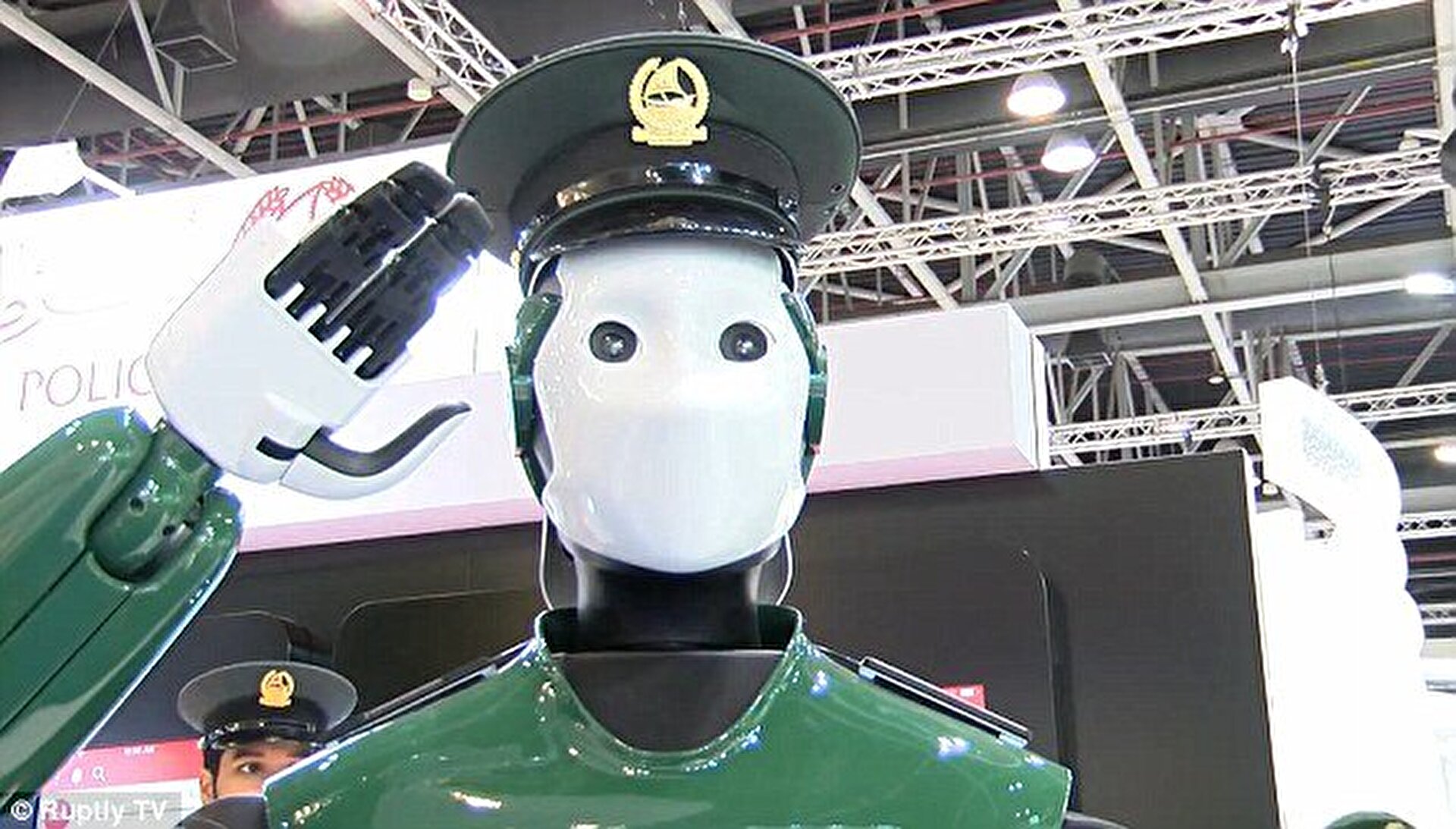 Dubai’s ‘Robocops’ ready to serve by May

Dubai is set to get its first android police officer and the department has plans for it to go on patrol by May of this year, according to officials.The latest prototypes of the robot cops, aptly dubbed “Robocop“, were unveiled late last year at the Gulf Information Technology Exhibition (GITEX). The android cop boasts a list of crime fighting features, and members of the public are said to be able to report crimes to the robot using a touchscreen on its chest.