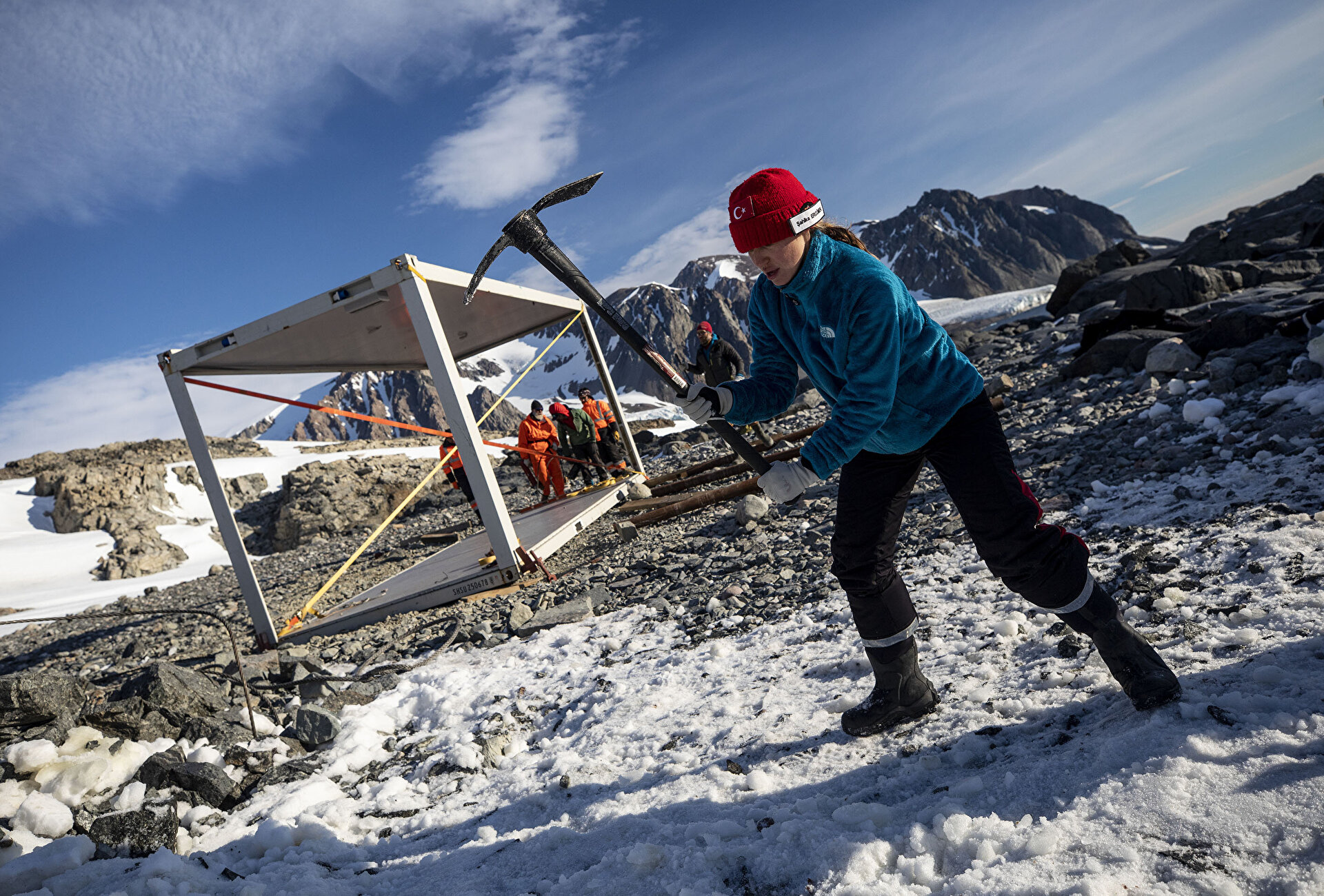 Turkish scientists from a range of fields, including biology, the marine sciences, polar biodiversity and ecology, established a temporary science base in Antarctica on Monday. Earlier this month, the Turkish team led by scientist Burcu Özsoy-- Turkey's second team to the frozen continent -- traveled to Antarctica for a 30-day expedition. The current expedition follows up on 2016, when the first-ever Turkish team of researchers -- including doctors, botanists, geologists and oceanographers from seven universities -- traveled to Antarctica to study the impact of climate change.