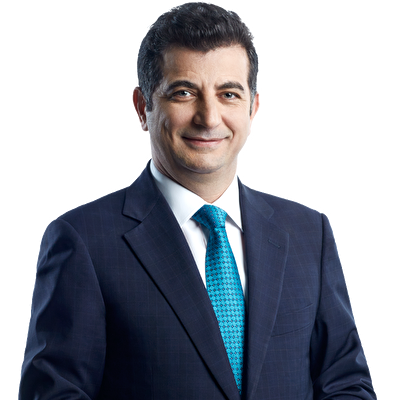 World’s most indebted and distressed countries

Iran negotiations… What will the agreement bring to the Turkish economy?

When Greece accepted the conditions of the creditors, the world economy heaved a deep “sigh” of relief. The agenda is vigorous. While many matters like the FED's statements directed at the interest increase, the increasing risk perception in Chinese ... more

Top 500 companies in the US and Turkey

We need to lay emphasis on the Fortune 500 Turkey list. This list, which is being prepared since 2007 and is showing the top 500 companies in terms of net sales magnitude, is of great importance for including all the data. When we examine this list i... more

It's been over a month since the general elections were held in June 2015. While arguing over the possible coalition models and “re-election” possibility, we are also putting an effort into finding “the best for Turkey”. In this period, where the are... more

With which political party should AK Party form a coalition?

Our economic data related with coalition periods are not that bright. The growth rates are quite low; an average of 1.2% during the 1999-2002 period and 2.7% during the 1991-1994 period. Inflation entered our lives following the multi-party coalition... more

The latest situation in the Greece crisis...

After the general elections, we entered a period which is very active with regards to the domestic markets. From the U.S. dollar rate to the interest rates and share market, the direction of the financial instrument and indicators can change any mome... more

If there is a coalition….

The picture before the elections is clear: Other than AK Party, no one has a chance to become a single rulership. If they can shatter the government, they will come together under a coalition and together they will ruin the country! This their only “... more

A coalition is my country's predicament!

They say that if a “coalition” comes out of the elections, it will be faster to progress in the economy!...Are they mocking this glorious nation's memory?... We all know that the coalitions formed in our country between 1960 and 2002 had been affecti... more

The demands of today's technology era are presenting important opportunities for the developing countries. If you can remember; the market structure after World War II provided many obstacles in the international trade to be lifted and brought variou... more

Grexit-Brexit… Would England leave the EU?

As Greece's, the spoiled child of Europe, debt crisis continues, we can see that the agenda in the region is shifting from the South to the North. Within this context, “Grexit”, which is mentioned by everyone lately, has given way to “Brexit”. As you... more

Customs Union's harms and the new period…. Benefits of updating

The Customs Union agreement, signed by that period's government without thinking ahead, has been causing serious harm since 2002 when our economy started to rise. Due to its restrictive effect over our trading volume, we had been left outside of the ... more

Why's the Euro on the rise?

We are passing through a process where the arguments on whether the U.S. Federal Reserve (FED) will increase the interest are kindled. As the U.S. Dollar goes into a decline when the U.S. data were below expectations, on the following week together ... more

How will Greece's debt crisis be resolved?

In the global markets, where the risk appetite considerably varies, while we are talking about the ongoing interest arguments around the FED in one week, on the other week we are focusing on the unresolved debt crisis in Greece. The perception in the... more