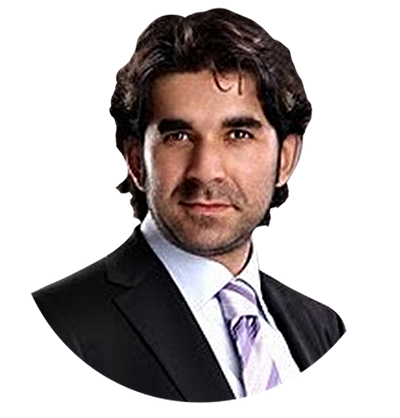 I cannot say there will not be a soul who does not like him. There must be. Actually, it is a good thing that there are. For a saint, not having any deniers is seen as a deficiency. A saint is one who worries about, in all aspects, commitment to Prophet Muhammad. If everyone likes and embraces a person who desires to be like the prophet, while many even deny the prophet, then there is a problem.

It is not a sorrow for us if he is not favored by all. Let's say it like my master Tuğrul: “Love does not appear in all hearts.” Believing in the thought that, if Allah loves someone He will make people love that person too, we see our fondness of Rumi as the grace of Allah. Thus, we are happy, and we love. Let the one who does not know how to love, cry over his misfortune. Realizing this is another misfortune. As for not being familiar with Rumi...

Familiarizing is beyond knowing. If you are familiar with someone you know that person too, yet you cannot say that you are familiar with everyone you know. Even knowing has degrees: `Ilm al-Yaqin, `Ayn Al-Yaqin, and Haqq al-Yaqin. Knowing is graded as knowing, seeing, to be. They asked him what love was, and he answered, “be me and you shall know.” Like he said. The “knowing” should not be apparent, there should not be anything other than the “known,” thus then you can say “I know” in a real sense. If you do not exist, who will say “I know?” These are deep issues that are difficult to understand. Let us move on.

To know, can be achieved by those he can “be,” and that depends on your foreordination and the degree of grant. Yet, nearly none of us are familiar with Rumi. I was baffled to find out a few years ago that the saying, “Come, come whoever you are,” which immediately came to our mind when he was mentioned, did not belong to him. According to accounts, this saying belongs to Ebu Said Ebu'l Hayr or Kazvini. Mumpsimus is better than the fluent word, let's just leave it as it is. As, the meaning of the saying is symmetrical with Rumi's call.

Yet, another problem arises here. We do not know that this saying does not belong to him, but we do not understand the meaning. We do not pray or fast, we are full of malice, we only eat, drink and move, and then we call ourselves dervishes. Is this possible? When you love someone, you resemble that person and you listen to the advice he gives. He says, “come,” we do “come,”, but do we stay, do we understand the responsibility?

When you do not know and you are not familiar, many Rumis emerge. Poets, philosophers, humanists... Everyone watches the “Pir” (sage) from where they stand. This is reasonable to some extent yet, some label the bond between Rumi and Shams as homosexuality. Conscience please.

He recited poems, but we can say that he was not only a poet. He says, “If I were to stay in Balkh, I would have said it through conversation. Yet, the people here like poetry, therefore I have to use poetry.” Obviously poetry does not mean everything for him.

He did not live with the love of searching. He explained what he knew with the ecstasy of finding. You cannot call him a philosopher. Philosophers are occupied with finding the truth by lifting thousands of lids one at a time. Rumi explained the truth he found in stories. Can you compare a philosopher to Rumi?

Humanist Rumi. Stop there please. If you call Rumi a humanist, you either do not know how to count, or you have not been beaten up before. Someone who knows what “humanist” means, even according to Wikipedia, would know not to call any Muslim a humanist, let alone Rumi. A Muslim's love and hate is for the sake of Allah.

Which Rumi question should we leave for the “Pir” to answer himself?

“As long as I live, I am the slave of the Quran

I am the ground of the chosen Muhammad's way..

Whoever carries a word from me apart from this

The scholar, the enlightened, the friend of God.

This is who Rumi is.

Every time I hear the above verses of İbrahim Hakkı, the sayings of two saints come to my mind.

“If a lover had 80 years to live, and fell asleep one whole night [without waking up to pray], he will lose face before Allah.”

The second is from Rumi:

“I have two nights I am sleepless in both

Either, you are not there, and I lose my sleep

Or, you are there, and sleep is wrong”

Are those who call themselves 'lovers' there?

I can understand those, who receive a fee for whirling like a dervish as it is a means of making a living for their families, yet I do not understand the audience who cannot meditate because they are too busy thinking how the whirling dervishes do not feel dizzy.

-I can understand the sincerity in the question “If we read 'Fihi Ma Fihi' from the Mathnawi and 'Mecâlis-i Seb' from The Great Divan (Divan-e Kabir), can we understand Rumi to an extent?” yet I cannot understand the nerve in those who can write a book on Rumi by merely reading his sayings (half of which do not even belong to him.)

- I can understand those who think that Rumi is only what the author of the book portrays yet I cannot understand the sectorial dervish authors who overlook this and only care about the profits they make from the sale of their book.

- I understand the sincere request of people who say that they would have liked to visit Rumi if only he were alive yet I cannot understand how these very same people live without acknowledging they are living with other Rumis.

We cannot discuss the existence of love if it does not efface the lover.

ONE AND THE OTHER

-One sees God as the lover, and death as the ultimate union the other Şeb-i Arus (the Wedding Night).

One is called Rumi, but I cannot say what the other is called here...