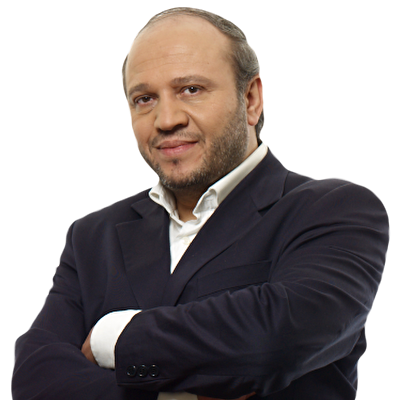 Erdogan does not need anyone to be the president because his activities have been obvious..Everything is clear, out in the open. There"s no comparison..On the other hand, why would this nation elect an "imported" professor from Egypt (I am stressing ... more

Mr. Ekrem, do you know what "free" means?

The merry Ramadan eid holiday has arrived and I don"t want to break anyone"s heart because of that, but I am obligated to write a few words for the sake of the truth to remind people of certain facts. Because…The editor-in-chief of the Zaman has blab... more

Graham E. Fuller was recently interviewed by Turkish BBC in which he states, "I personally think that it is a mistake for Gülen to avoid criticizing the USA and Israel"s policies". Who is Graham E. Fuller? CIA"s ex vice-chairman of the National Int... more

On a live TV show once, the Turkish comedian and new politician, Levent Kirca, also a member of the Labor Party in Turkey, told a journalist "Since you came here, let me attach a Labor Party badge on you", and the guy kept turning him down capricious... more

In his dream, the Chinese philosopher Zhuangzi transforms into a butterfly. He was quite happy with becoming a butterfly. When he wakes up and realizes that he is not a butterfly, but a mere human, he becomes amazed.He doesn"t stop at being amazed an... more

In the middle of 80s, we published the "February Epoch" as that particular February was the month of martyrs ranging from Malcolm X to Metin Yüksel.Metin Yüksel was martyred at the Fatih Mosque"s snowy yard (after the end of Friday prayer) in Februar... more

A new generation arose and "The End" for Erdoğan

I remember the Gezi days. In those days everyone – whether pro or anti Gezi – unanimously agreed to ask ''Who put those tents on fire?''Although the astounding chain of events distracted our focus on this aspect, it did not completely ruin it.Since t... more

Would you please make a prayer?

Eight years ago, some person said, "Sayyid Hossein Nasr has a very interesting remark. He told us the West lives with lies and the east sleeps on the truth."That person also said that the west has no legacy of humanity. Despite this, it is active and... more