The take off eve is important in Turkey - RASIM ÖZDENÖREN 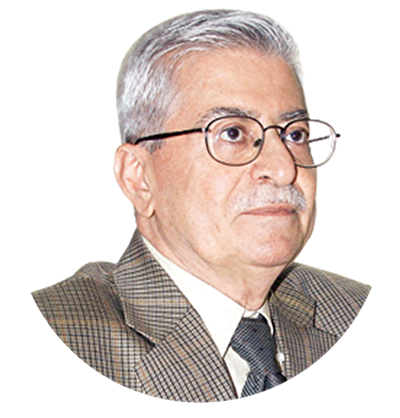 There is an interesting observation.

In this country, whenever a step forward had been taken in the process of progress and independence, this step is being rendered fruitless by means of a military coup.

The internal collaborator of this coup appears to be the Republican People’s Party, CHP, which is again an interesting case. As for the outer collaborators, they are certain focuses… I don’t think of other countries different from others, rather, I perceive them as a nested organization. Such an organization that possesses an international structuring… It’s international and at the same time it’s operating and being operated by the interstate collaboration….

I’m not giving any names. Because if I do so, they will ask me for evidence. This task, in my opinion, is not a task that could be proven with evidences or facts. I’m not an “investigative journalist”. I am an individual who is quiet and thinks with his intuitions… I don’t have a private news agency or an informant.

The following is the interesting observation I was talking about; on the eve of the government coup, which had been actualized on 27 May 1960, a terrible slander campaign had been started about that period’s Prime Minister Adnan Menderes. Menderes had been attempted to be exposed to such a reputation erosion in the national press platform that, İnönü, who was the Chairman of the main opposing party of that period (CHP), had babbled the following words out, "Even I can’t save you!” Would he have wanted to save him? That’s another story. Would he have saved him? That's also another story…. Words like “tyrant”, “imperious” and “dictator” were being used for Menderes. While the Vatan Street, which seemed to be a tiny street from the point of today’s Istanbul, was being constructed, those same notorious mouths were spreading the news that this street had been opened for the service of NATO’s “secret objectives” and actually, that place would be used as an airport landing field, rather than being a street. In this way, they were trying to imply that Menderes had a secret agenda against the country.

Also during the March 12 period, while the country had reached a certain “take off” point, all the progress attempts had been rendered fruitless with a military memorandum.

The same bad luck had appeared again on September 12, 1980. The AP government (which Demirel was leading), which had taken over the government from Ecevit’s CHP, had handed the administration of the economy over to Turgut Özal. Özal had started to implement his famous January 24 decisions, and the country had once again reached a “take off” point. And following that, was another coup…

Now, once again, we are hearing the screams of some dark mouths. The dictatorship literature is waving its flag. The government doesn’t want to be held directly responsible for usual car accidents, and occupational accidents that might be encountered any time. Of course, if a wolf eats a sheep near Dicle, even then it could be said that the absolute responsible for this is the government. However, will the shepherd of that sheep never be mentioned, or from the sense of causality relation, will the references that cannot take place in the chain be ridiculed?

This country’s compatriot, whose sensitivity had developed magnificently against dictatorship since the 1930s, doesn’t want to be sharpened once again in the presence of certain people and against this sensitivity. Moreover, with the tree conversations… By mentioning the tree issue, the construction of the Third Bridge, new airport and Istanbul Channel is trying to be stopped. By making all of this into weird slurry, the sedition environment is being kneaded with the “A square peg in a round hole, come closer and closer” inconsistency.

Since Turkey had reached a new take off point, we say that these happenings are normal. However, in this country, saying that these things are normal shouldn’t be perceived as leaving things to chance…