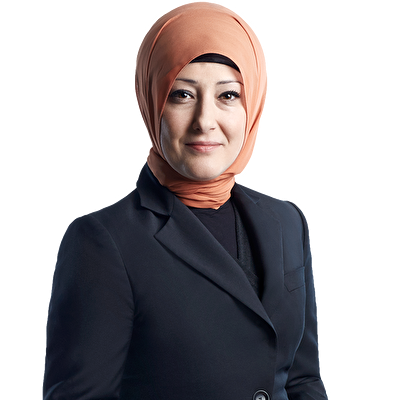 Yet again Syrians are the target of racism

The article the previous day was to bid farewell to 2018 and today's article was supposed to ring in 2019. It did not happen, because, once again, we were left face-to-face with a deep dark example of racism. The target was Syrians again and the loca... more

The op east of the Euphrates and the struggle for power

President Erdoğan in his statement during the Turkish Defense Summit at the Beştepe Presidential Complex on Wednesday declared that an operation east of the Euphrates River in Syria will start in a few days.In his speech, which bore the traces of res... more

The “yellow vest” protests/movement that started in France against fuel tax hikes reminded me of the uprising that started in January 2001 in the Philippines.The movement started in the country when a text message was sent to cell phones around midni... more

Bush Senior’s death and the problem of evil

George Herber Walker Bush, who is known in Turkey as Father Bush, died last Friday at the age of 94. Bush was the 41st president of the United States between the years 1989 and 1993. After his death, Turkish users made comments like “May he burn in h... more

The children dying in Yemen

Why is the Khashoggi murder important?

Is this the end of the global world?

U.S. President Donald Trump’s speech at the United Nations General Assembly has been feverishly discussed for the last two days. Why wouldn't it be? Without hesitation, without thinking, without reconsidering, Trump said that they have given up on th... more

Idlib and the chess game in the region

The agenda has already changed, but I want to write about the Tehran Summit and the Idlib issue. To begin with, let’s recall what happened at the Tehran Summit, which was attended by the presidents of Turkey, Iran, and Russia to discuss the fate of I... more

Turkey has officially transitioned into a presidential governing system. Upon evaluation of electoral behaviors, one can't help thinking that it is perhaps the most appropriate system for the Turkish people; they have always voted for the leaders ins... more

The losers of the June 24 elections

I had previously evaluated the winners of the June 24 elections and had noted that I would be writing about the losers today. Starting from election day, I am sure you have heard enough comments about politicians and parties what with the statements... more

By the time my next column is published, the elections and the excitement surrounding it will be over and done with, and the results will have been announced. Therefore, today, with only two days left for elections, I suppose it will be beneficial to... more

The choice of the Kurds

With only four days left to the elections it seems that the votes of Kurds will be among the most important factors that will affect the results as much as the votes of the boycotters, youngsters and those who are still undecided. Of course, many opi... more

Celebrating Eid in the shadow of a new cartoon crisis

We have left behind a spiritual and peaceful Ramadan, despite it being full of politics, debates and arguments. It is Eid today, one of Muslims’ two sources of social joy, Eid al-Fitr. May it be happy and blessed; may it bring peace and well-being to... more