The Islamic world is looking for a new Noah"s ark 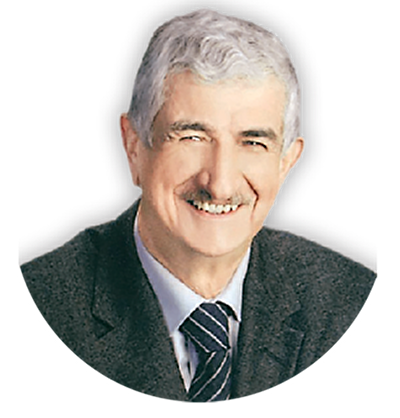 The US and European countries, which bracket both sides of the Atlantic, exploded the democratic movements in Muslim countries for their innermost historical fear of Islam, or Islamophobia. The prejudiced attitude of the Christian west against the Islamic world escalated the level of anti-Islamism in Europe to the times of the historical Andalusia and Ottoman period. In the whole world, the name of Islam has begun to be identified with terror and terrorists with Muslims.

Israel being the military power of the US in the Middle East has turned the Middle East into bloodshed with its no-law, no-ethics military strategies. The bloodshed is threatening not only Israel, but also the neighboring countries and the whole world"s future. The Palestinians, Jordanians, Lebanese, Syrians, Iraqis and Egyptians, the gulf countries are looking for a Noah"s ark who will take them to a peace island.

The Islamic world including every Islamic country is in great pains, without knowing whether it is the pain of birth or death. The world from east to west cannot succeed in bringing peace by retreating from wars. It is not enough anymore that "the peace" goes to the "war", but at the same time, the war must go to the peace, so that they can meet up on a common spot and establish a joint platform. This platform must be a new Noah"s ark that will call for the Islamic world to shed the "sweat" instead of "blood".

The western world also needs a new Noah"s ark that will take it out of the sea of bloodshed to the peace island. It"s the indication of the Quranic principle, "your religion is yours, my religion is mine" that will motivate a kind of cultural, political and even economic way for a radical change. It"s the inclusive "democratic ship". As the democracy theoretician, Giovanni Sartori emphasized: "History is a Sisyphus legend. Every generation starts from the beginning. None of us has been born civil. Our real point of birth date is the zero year". No country has been born democratically. Every country"s democracy begins with itself. Every country builds its own democracy.

There is no one single definition of democracy that everyone agrees on. The history of democracy which has similar practices in different countries is quite new and it gains new extensions of meaning every passing day. With its elected and elector, the basic rights and freedom, in which the priority of ethics as well as the law is protected, democracy is a set of complex institutional structures with regulations being constantly renovated. The democratic culture is the pursuit of unity in multiplicity.

In democratic regimes, cooperation, solidarity and sharing are at the top level. Basic rights and freedom have priority and the success of the democratic regimes stems from their appreciation of sharing. Democracies keep up with rulers who would claim, "There is no improvement where there is no sharing." The language of democracy is the one that the whole world is obligated to learn.

The historical sources which democracies are based on hold a candle for us and guide us. In this context, the western world takes Athens as an example while the Islamic world takes Medina as a reference.

As the leading authority of political sciences, Serif Mardin pointed out the Medina model can be given as a "direct democracy" example.

In the Islamic world, there is a rooted history of democratic tradition.

To trust democracy means to trust the human.

The human is the ship and compass of democracy.

The garden is democracy and the human is the gardener.