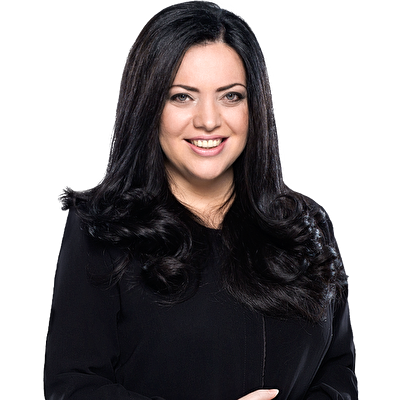 Turkey has long since expressed its thoughts and attitude regarding Syria and Iraq. Ankara time after time stated what sort of a future the sectarian approach of the Maliki regime in Baghdad would drag Iraq into; and what sort of a state the bloody s... more

How did Ankara check the Gulf?

The Gulf-Qatar crisis that broke out in the second half of the month of Ramadan started with grave threats, and almost everyone was preoccupied with idea that there would be a coup in Qatar shortly or that the Gulf might make an attempt to threaten t... more

They will finish Al Jazeera…

The media was one of the prominent fronts of the invasion of Iraq. The U.S. had to convince its citizens and the world that it was liberating Iraq. For this reason, pro-invasion celebrities commented on TV channels like Fox News, under the title of t... more

We have a justice problem

I underwent surgery on my ankle after an accident I had five years ago. I was bedridden for months. I was experiencing inexplicable pain; I was saying, "It's as if something inside is drilling through my flesh." The doctor who performed the surgery c... more

MİT trucks, the face of betrayal in Syria

The National Intelligence Organization (MİT) is at the top of the institutions the Fetullahist Terror Organization (FETÖ) aspired to get its hands on but was unsuccessful and went mad each time it failed. The first attack in which FETÖ’s plots target... more

US and Iran against each other on the Syrian-Iraqi border

The U.S.-led coalition hit the Iran-backed regime forces three times in the last month near Tanf in Syria’s southeast. The first of the attacks took place on May 18, the day after President Recep Tayyip Erdoğan’s return from his U.S. visit and the la... more

The Gulf-Qatar crisis overshadowed the crisis that has come to be visible on the West side of the world.  The differences of opinion that were clearly revealed at the NATO and G7 summits held one after the other in Europe in the last week of May had... more

The Belgian capital of Brussels is hosting the summit meeting of NATO Heads of State and Government today. There is no doubt that at this summit, eyes will be turned to two names in particular: U.S. President Donald Trump and Turkish President Recep... more

Alright in Syria, on all other issues it continues on…

Washington is shaken by the violence of the attacks on President Donald Trump. You can feel the tremor – which you can also observe from a distance – to the bone in the U.S. During President Recep Tayyip Erdoğan's visit to the U.S., the claim that T... more

Is everything over now that the US gave heavy weapons to the PKK?

I remember the discussions in Turkish media prior to Operation Euphrates Shield regarding Turkey's entering Syria: How could we enter Syria despite the U.S. and Russia? They would tear us apart in three days. Are we going to enter war with Iran and R... more

It is time to shield Erdoğan

On Friday, we were in Nevşehir with Justice Minister Bekir Bozdağ. He was asked about the telephone call July 15 fugitive Adil Öksüz received from the U.S.'s Istanbul consulate general six days after the coup attempt and the statement made by the U.S... more

European countries almost competing to prevent Turkish ministers' speeches as the April 16 constitutional referendum approaches, is of course not surprising as we are aware of their anti-Turkish attitude in recent years. However, the extent it has re... more

Rising risks while nearing the end in al-Bab

Before Operation Euphrates Shield, the Turkish Armed Forces (TSK) had already initiated an operation with artillery shots on the border and the Free Syrian Army (FSA) elements it supports inside, in an attempt to clear the Azaz-Jarablus line from Dae... more