How did the US lose its global hegemony? How has Erdogan been proven right? - MEHMET AKIF SOYSAL

How did the US lose its global hegemony? How has Erdogan been proven right? 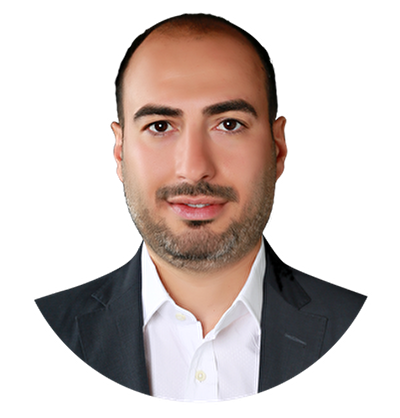 We have been claiming since the start of the Russia-Ukraine war that the real objective is to evolve U.S.’s rivalry with China in the U.S.’s favor. Russia is not the real target.

The war between Russia and Ukraine was plotted to ensure the lines in the new world order are clear, and rivals are worn out.

In a recently published paper, famed U.S. economist and thinker Joseph E. Stiglitz touched on this subject. As he is a strong interpreter of the global state, and he uses his strength in description through economy – his area of specialization – I grew up reading his books, and thus attribute great significance to Stiglitz.

In his paper, Stiglitz says:

The U.S. seems to be in a new cold war with both China and Russia. U.S. leaders’ depiction of the conflict as a conflict between democracy and authority, fails the consistency test, especially at a time when the same leaders are actively flirting with a systematic human rights violator like Saudi Arabia. Such hypocrisy shows that it’s not values but rather the global hegemony that is truly under threat.

For the two decades following the collapse of the Iron Curtain, U.S. was clearly number one. But then, the very wrongly directed wars in the Middle East, the 2008 financial collapse, increasing inequality, the pandemic, and other crises that cast a shadow of doubt over America’s economic model followed one after the other. Furthermore, Donald Trump’s election, the coup attempt in the U.S. capital, countless mass weapon attacks, a Republican Party that is inclined to suppress constituents, all caused certain aspects of American politics and social life to be deeply pathological.

Though China has done nothing for the U.S. to declare it a strategic threat, the picture is clear. The is a bilateral consensus (among both Democrats and Republicans) that China may pose a strategic threat, and to minimize the risk, the U.S. must at least stop supporting the Chinese economy’s growth. According to this opinion, the U.S. is taking all preventive measures regardless of the consequences, even if it means violating the rules of the World Trade Organization, which is founded itself and did a great deal to promote.

In the new cold war, this front opened long before Russia invaded Ukraine. Top-level U.S. authorities warned since back then that the war should not deviate attention from the real threat: “China.” Considering that Russia’s economy is the same size as Spain’s, its “unlimited” partnership with China does not seem very significant economically (however, its willingness towards world-scale destructive operations may serve the interests of its much bigger southern neighbor.)

However, a country “at war” need a strategy, and the U.S. cannot win a new great power competition on its own – it needs friends. Its natural allies are Europe and the other developed democracies around the world. Yet, relations soured during former President Donald Trump’s term in office: U.S. reliability as a partner remained as a serious question in minds.

Europe and the U.S. are successful about teaching others what is morally right, and economically logical. However, as clearly revealed by the insistence of the agricultural subsidies in the U.S. and Europe, the resulting message is, “Do what I say, not what I do.” The U.S. no longer makes any claims about morality, and lost all plausibility to give advice especially after Trump’s term in office. Neoliberalism and trickle-down economics was never vastly embraces in the global south, and it is now becoming outdated everywhere.

The U.S. may know how to build the world’s best bombardment aircraft and missile systems, yet they will not help us in this area. Instead, we should start providing tangible support to developing and rising market countries by waiving all intellectual property regarding COVID so that they can produce vaccines and treatments.

Stiglitz makes the following statement to express the result: We cannot expect others to follow us until we prove we are worthy of leadership.

Stiglitz’s definitions about the U.S. are ambitious and impressive. Though, considering the content of his discourses, the last statement included, Stiglitz’s statements are very close to theories and determinations of a Türkiye led by President Recep Tayyip Erdoğan. These include claims such as U.S. reliability being a subject of discussion, that it is no longer a soft power, it is far from consistency, what it preaches and its actions are different (clear in both economic and refugee crises), and that it first needs to achieve moral consistency, and as an example it needs to make vaccine intellectual property rights free.

All of the matters discussed above are headlining subjects that President Erdoğan has been voicing for a while now. It is this vision that makes Erdoğan different and a true leader.