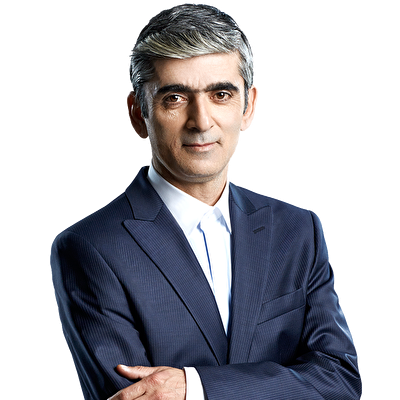 We are witnessing a war between goodness and evil, beauty and ugliness, mercy and ruthlessness, morality and immorality, faith and denial. This is a tough struggle. Any evil might be expected from a rascal who places a bomb under a table and explodes... more

They want to kill Turkey

In spite of some insufficiencies, Refahyol government (a coalition government formed by Welfare Party (RP) and True Path Party (DYP) was the first national government of the Republic of Turkey.Well, who were against this government? Let's give names:... more

This is the last one!

Prime Minister Davutoğlu said that we are face to face with a century-long reckoning. We refer to this as; “The Last War of Independence". In our official history or our daily lives, we are always celebrating and remembering the victories. Of course,... more

We should sow, what we want to reap

Some people, with who we don't have any other common quality than just living on the same lands, complained about our country to the world under the “Terrorist Turkey” headline. To the world - in other words - to the imperialist West. We should first... more

Turkey and Egypt are the two important countries of the world of Islam. Because of this importance, they have always been under the open arrest of the west. They have been subject to various projects/ operations. The imperialist powers know better th... more

You might be distanced from some people and institutions, and you might not share their opinions. However, the country/nation matter is different and it's the reality. People will leave, while the country and nation stay. Our attitude and even anger ... more

Are you reading İbrahim Karagül's (Yeni Şafak's editor-in-chief ) articles? I do. These articles have a high educational value. It's not only activating our minds, but also our hearts. It also helps us become a possessor of compassion, together with... more

Events taking place and the unfinished

Is there anyone left on the face of the earth who has not gotten his/her share of the ruthlessness of the western world? Which nations did they exterminate throughout history and how did they do it? Think about a person who advances through breaking ... more

For the sake of a crescent…

The Battle of Gallipoli is also referred to as the “battle of gentlemen.” Where both sides fought decently and honestly, and acted in a mature and honorable way, expressing their courage. Let’s see; was that really the case?British war correspondent ... more

I have been witnessing the march and rise of Mr. Erdogan since 1987. He spent twenty years with his correct and wrong sides. In this period, we made many objections, wrote against him. Anyhow, we ended up with these current days.We are in a neighbor... more

A matter of faith

In fact, this was going to be an article for the Ramadan eid. I had already taken notes and made the writing preparations. However, it didn"t crystallize that way.On the eve"s day, I watched a barrel bombardment slaughter in Syria. On the same day... more