It"s the same roof with the Sublime Porte! - HIKMET GENÇ

It"s the same roof with the Sublime Porte! 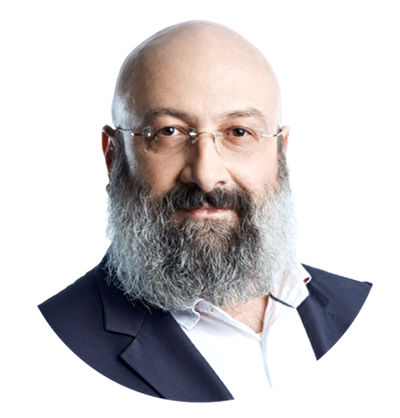 I laugh a lot at those Sublime Porte* idiots. They always come to the scene in great hope with a new scenario. They lose it every time, but never question themselves where they made the mistake.

For them, the people are idiots, pasta, coal and barrel spongers, while only they are the clever ones! (They don''t understand the people''s language, cannot read their message and they always lose it, but they are still supposedly very intelligent!)

Today, they tried to explain the significance of the roof candidate to the people. Nowadays, they are trying to introduce the ''first lady'' candidate, too. The idea is that she is a quite modern, Kemalist looking person who would deserve Çankaya a lot. (So what shall we call her? ''The roof lady''?)

In short, the Sublime Port goons'' tactics are always the same. Earlier, they presented Kiliçdaroglu in the same way, too. They used to describe him as ''the calm power, tranquil man, moderate Kemal, the user of mild language. Take a look at him, understand him!'' (Oh yeah, we understood! He had to pay a good amount of compensation to many people because of insulting them.) Today their concern is to lather up the roof candidate. They don''t know the roof candidate themselves, so they make quite ridiculous comments on Mr.''Ekmel'' ''s words. (However, they could not interpret his victory sign, either). I will suggest that they ask Kiliçdaroglu, but I don''t think he would be able to understand much about him either. Kiliçdaroglu, in his previous meeting, referring to Mr. Ekmel said, ''He knows the sitting manners.'' (What is that? Sitting manners?! Are we looking for a bride for Çankaya?)

Good old days… Once upon a time, the genuine Sublime Port goon was Ahmet Necdet Sezer. They used to show their affection for him by describing him with the following description: ''He waits at the red light. He goes to the bazaar for shopping, buys tomatoes, leeks, his leeks were coming off the net''.

Nothing has changed much. They are promoting Mr. Ekmel with the same kind of spirit against Erdogan.

Not knowing much about him, they always put an emphasis on his diplomatic, aristocratic, mon cher characteristics constantly along with his ''pacifist, adaptable and reconciliatory'' manner. (There is also a saying ''absorbed into democracy'', which annoys me a lot… Anybody have an idea what absorbing democracy is all about?

Boy, give me a break!

As a citizen, I don''t want a president who is a pacifist, adaptable, holding a reconciliatory, statuesque character and modifiable-to- everyone type of person.

I want to see an active president who is mobile and will struggle against obstacles and blockers. This country won that way. Erdogan did not comply with anyone. They put him in prison and he did not show compliance. Perhaps if he had given the Hilton land to some demanders, he would have been at ease. However, he did not accept it. TUSIAD told him ''Make a deal with IMF so that we can get our butts to a solid place'', but he did not show compliance.

The junta insisted with ''in word and in deed'', he did not show compliance.

They said: ''We are going to close your party, be a good boy. He showed no compliance.''

The EU said, ''Don''t make it a big deal, we will take care of you''. He did not show any compliance. The parallel state said, ''Let us govern the country together, just don''t break the heart of the US, our center is there.'' He showed no compliance.

Let me tell these gentlemen one thing: ''In short, your aristocratic, mon cher, compliant, conservative, Kemalist roof candidate started to crack already at the face of the people''s candidate.''

And what is your excuse going to be when you will lose the election?

Have you at least made a consensus among yourselves, dear Sublime Porte intellectuals?

*The Sublime Porte is a metonym for the Ottoman Empire''s royal milieu. However, the term when used sarcastically, addresses the westernized elites of the empire. And that would just fit some of Turkish politicians.