If the earth is a mosque… - FATMA BARBAROSOĞLU

If the earth is a mosque… 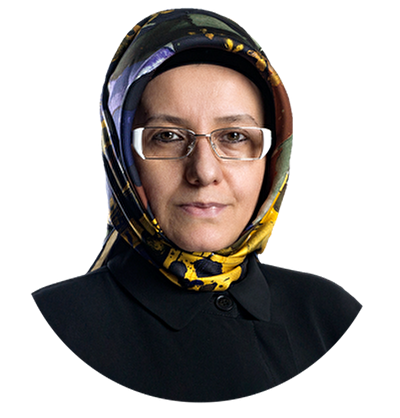 22 May 2015
It certainly draws your attention that all the parties are updating their profiles through piety during these numbered days leading to the ballot box. So is this situation surprising to us?

As long as we don't elaborate on the difference between pietism and religionism enough, in every election atmosphere we will continue to watch an election competition through the “the most pious is my party” discourse.

Pious, is the person who observes the religious commandments and prohibitions. By commodifying religion, the person who deals in religion is not pious, but a religionist.

Individuals can be pious. But it cannot be possible to talk about the pietism of the legal entities.

Parties can only approach the pious people through their serving of religion.

Is there a measure of the pietism of the people?

Do we recognize the pious people by their clothing or the words they use, or the sentences they make?

If we had foresight to recognize a pious person with the words he used, could the religionist profile spread and expand so easily?

From morning to evening we can change our clothes; well, can we change our ethics?

All around the world the believers are in difficult conditions. Arakanese Muslims for example…Expelled from the doors they want to take refuge in, they are starving to death in the middle of the sea.

You will say that if it is not for the Arakanese Muslims abandoned to death in the middle of the sea, in front of the eyes of the modern and independent world, then what will you say about the Syrian Muslims in our breasts?

Of course, I will say that I find it quite dangerous to make sentences through Syrians as electioneering?

As an election promise, dear Kemal Kılıçdaroğlu's giving a guarantee to send the Syrians in Turkey to their country has not been discussed well in the public opinion.

This did not take enough interest.

However, the issue is important. This promise is one of the best indicators that exposes the view of the leader on the social events.

The words spoken later tried to be interpreted: I will finish the war in Syria and send you to your country, bla bla.

The way that it was interpreted then is also a tragedy.

It means the Main Opposition Party's leader dear Kılıçdaroğlu is either unaware of the dimensions of the civil war or the limitations of his own power.

If it's like that, then why do I get a word said in such a way as an election promise to the center?

Because we don't have the luxury to pass over and ignore a word said such a way about the Syrians or the refugees in any part of the world.

All around the world with various reasons such as civil war, ethnic discrimination, sectarian tension, famine, thousands of people are looking for a place to shelter in the global village leaving their homes.

We never wanted our neighbor Syria to come to this situation. It was this way and that way that the global game makers after Iraq turned Syria into marsh.

As the Syrian crisis was continuing, the tension in Yemen came up.

The dictator in Egypt, Sisi, with the support of the west, threw Morsi, who was elected as the president with the public votes after forty years, into prison, then he mobilized all the opportunities for his execution then.

All around the world, the Muslims are in trouble.

If the resources of the world are distributed fairly, the world has the productivity to be a heaven.

With the blackconscienceof therulers, in spite of all these opportunities, because of the blessings distributed with a thousand shares for a person, a share for a thousand people, luxury and poverty have been increasing at the same time.

We have to confront with the fact that the sharpest lines of the luxury and poverty are in the Islam world.

Of course, I realize that we don't have power to do anything for the fair distribution of the world resources from today to tomorrow.

But for the Syrians in our country, we have to use both individual and public resources fairly.

Syrians not only consist of the beggars we see in the streets. It is also known that some of the begging Syrians were beggars in their own country as well. Our main issue is to enable the middle class Syrians to stay in Turkey.

If we don't review the language of the news we make about Syrians, we will face the trouble that middle class Syrians will quit Turkey.