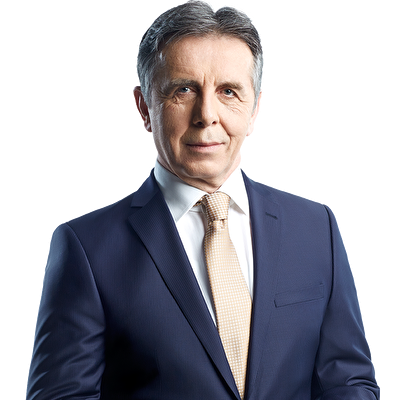 All Years
All Months
41 articles listed
Oldest top
May, 2017

Erdoğan and the July 15 spirit

President Recep Tayyip Erdoğan, who could not be deputy in the Nov. 2, 2002 elections because of a court ruling on him, participated in the deputy renewal election held in Siirt province on March 9, 2003, when the obstacle preventing him was lifted w... more

The terror we are experiencing, the approaching world war

If the human is sitting on the throne of the most honorable of beings, this is mainly because they have free will. That is why we applaud "free will" at every opportunity, put the disgrace of will at the top of our criticism of modernity. But we do n... more

A conspiracy theory, but a very convincing one

The intellectual adventure, that was passed down from the 17th century to the 20th century, has a route from uncertainty to accuracy. The “search for accuracy” is a search for trust and stability against political, social, and theological chaos, whic... more

The EU needs to make a decision

“A public opinion study in the U.K. has shown that the British, who chose to leave the EU (Brexit) in the June referendum, mostly fear the invasion of the country by Muslim migrants and that they expect this invasion to come from Turkey. Based on the... more

We, as a nation, need to reflect on Europe and the Turkey issue whether it is in the scope of EU membership or not. The increase of Islamophobia and racism in Europe, pushes us to think about the reasons behind this rise and how we can continue to li... more

Our president and the July 15 revolution

If we imagine our country Turkey as a single body, our nation as a single people residing there and if we put ourselves in its place, we would feel that the resistance we displayed on July 15 is one that would be an example for the oppressed. We made... more

July 15: From trauma to victory

Enough room has been opened to evaluate exactly what happened on July 15. We slightly drifted away from the heat of the events. It's been more obvious that there has been a people's revolution on July 15 that will fundamentally change state-society r... more

Of course Turkey is not going to bow down, of course our community is not going to give in to terrorism. They know this truth as well as we do, but they are doing what their existence requires. They are pursuing their own interests without seeing the... more

In my previous columns I discussed how Islamophobia emerged after the fall of the Berlin Wall, which symbolized the disappearance of a two-pole world. No doubt some of you asked, “Don't the Muslims have any fault during this period?” while reading my... more

Islamophobia as a tool for redemption from sins

Islamophobia and anti-Islamism emerged powerfully again today to meet the modern West's need for an “other" after the bi-polar world. With this new “other," it had become possible for the Westerners, who were at their throats in the two world wars, t... more

Why have they turned against Muslims?

It is possible to go back to the time Islam emerged and spread when discussing the reasons for Islamophobia. Christianity suffered the most from Islam spreading swiftly, as it lost many of its believers to Islam. We can also see the rise of Islamopho... more

The most important result of the election

On November 1, one of the most important elections in the history of our democracy was held. It would be obvious whether the process of change known as the "silent revolution" which started 13 years ago would continue or be interrupted. As it was imp... more

The Resolution Process in the refrigerator

The actual understanding, which is planting dynamite on the Resolution Process' path and poisoning our vaccine, was the organization's view that regarded itself as an equal with the government, and regarded itself as the representative of the Kurds a... more