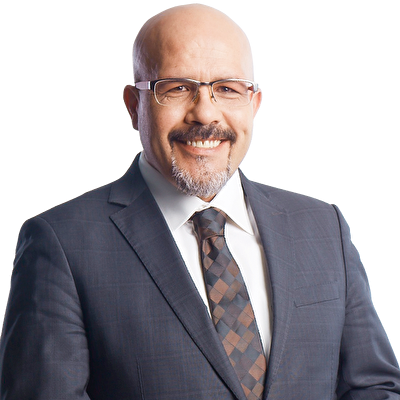 The imperial superior mind, its tin soldiers; the Parallel Structure, PKK and Iran have lost the war they waged on Turkey since 2011. They have tossed the sponge in too soon. Their attempt to poison Turkey wasn't successful. To be truthful, the supe... more

We can't afford to lose another century

It has always been said...The greatest tragedy the Islamic World is experiencing is that despite living within a geographical region with a hegemony feature, its actors are quite ordinary.We are going through chaotic times that justify this statement... more

You will miss Erdoğan!

Kurdish politics turned down a historic opportunity and fell into a great strategic plan in the worst period. While President Erdoğan extended a hand by risking his political life, the ones, who didn't shake that hand, will pay for it severely. Becau... more

Despite the nuclear agreement reached between the Western world and Iran, every tragedy happening on the crisis line, which extends from Ukraine to Yemen and Nigeria, Libya to Afghanistan, Iraq and Syria, is showing us the “nature”- in other words, t... more

“Geographic determinism” has always been the “biggest fate” for all the global powers, including the U.S., who imposed itself on the world as the “New Rome” after the Cold War. The American administration, which couldn't exceed this dilemma and under... more

I have an objection to all 'Ciceros'!

In the 1930s, Britain invaded India, whose population is around 300 million people, with 60,000 soldiers, 90,000 businessmen/missionaries and 4,000 state officials. For some reason, despite the gigantic disproportionate force, Indians couldn't keep ... more

Orientalism (colonist mentality), which is the staff mind of the Western power mechanism, always conducts its actual attacks through tin soldiers. Similar to how the flagship of the American administration, the New York Times, which calls NATO for du... more

Turning June 7 into a glorious date

Leftist and neo-liberal White Turks and members of the Alevi communities were put on stage during the anti-government Gezi Park protests, White Muslims and “The Congregation" were present during the Dec. 17 police raids and now they have pushed White... more

After their “Islamic Iran” scenario in Iraq and Syria had been deciphered as a result of Turkey's determined attitude, the American administration activated their “Shi'ite Iran” strategy without wasting time. Tehran, who sacrificed its gain over the ... more

Brezinski, who was the advisor to U.S. President Carter between 1977 and 1981, was regarding the Islamic awakening in the recent years as a strategic risk. In 1990, when he was in Fukuyama, he also described Islam as a “focus” that threatens liberal ... more

The Iranian playing chess turns his King into a pawn

We are passing through a period where the cards are being reshuffled in the world and the Middle East. As the geo-political diffractions are increasing, new alliances and hostilities are being formed. If we are to interpret it in a Hegelian sense, th... more

From an Anatolian country to a world state

The US finally admitted that it gave up its claim on its leadership and imperial status. The Atlantic age which is described as Pax-Americana is going to end soon!The American administration is busy with establishing regional and global coalitions ag... more