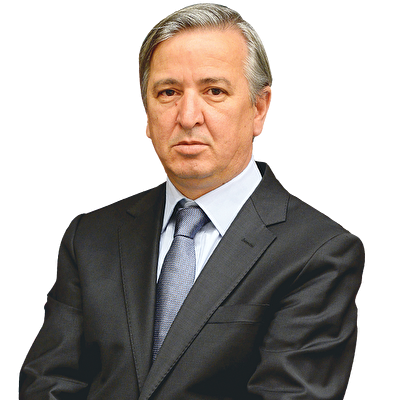 Turkey has achieved many successes in its fight against Kurdistan Workers’ Party (PKK) terrorism. By getting rid of the terror elements in the Turkish Armed Forces and police forces after July 15, the course of the fight against terrorism has changed... more

Opposition parties want to defeat the ruling Justice and Development (AK) Party and overtake it at the ballot boxes. This is the nature of politics. The opposition party seeks to become the ruling party by highlighting its incompetence, making compla... more

The voters’ message to the AK Party

Evaluating the June 24 election victory from the balcony of the Justice and Development (AK) Party’s headquarters, President Recep Tayyip Erdoğan said, “We received our nation’s message to our party. In the upcoming period, we will stand before our p... more

Following the bloody incident in Suruç, neither the main opposition Republican People’s Party (CHP), nor the Good Party (İYİ Party), nor the Felicity Party (SP) stepped up and said a single word to the Peoples’ Democratic Party (HDP) or the Kurdistan... more

Razan al-Najjar. She was 20 years old. Only 20. She was a Palestinian medic. She was helping injured protestors during the peaceful demonstrations of the ‘Great March of Return,’ which was started by Gazans 10 weeks ago. Israeli soldiers responded wi... more

Justice will be sought for blackmail

On July 28, 2016, only two weeks after the July 15 coup attempt, I wrote an article titled, “Ensenizdeyiz” (We are on your back), and expressed some of my concerns on the fight against the Fetullah Terrorist Organization (FETÖ).I had highlighted that... more

All spokespersons of the Republic of Turkey have underlined that the operation targeting Afrin is not against Kurds, but the Kurdistan Workers’ Party (PKK) terrorist organization. Information received from the ground also confirm these statements. Th... more

1. Why is Turkey conducting an operation in Afrin? A terror state that is controlled by terrorist Kurdistan Workers’ Party (PKK)’s Syrian offshoot, the PYD, under the direction of the U.S., is trying to be established in the north of Syria. The long... more

Fahreddin Pasha: We forgot him, but the Arabs couldn’t

The Armistice of Mudros was stipulating that Medina be left to the British-backed Arab insurgents and the Ottoman soldiers in the city surrender. The command explaining the situation to Fahreddin Pasha, who oversaw the defense of Medina, had arrived.... more

Last week, I listed 18 articles regarding the likely results of the judicial theater staged in the U.S. and stated in the last two articles that the case would further increase the pressure on Turkey and the Fetullah Terrorist Organization (FETÖ) mem... more

Republican People's Party (CHP) leader Kemal Kılıçdaroğlu made extremely serious claims about the president and his relatives and brandished some papers during his party’s group meeting. In a very short time, it was revealed that the paper he waved a... more

PKK slaughtered the left as well

There is a prevalent conspiracy theory that the Kurdistan Workers’ Party (PKK) was founded by intelligence agencies. This is not a completely baseless theory, though. The fact that PKK ringleader Abdullah Öcalan was arrested in 1973 when he was a st... more