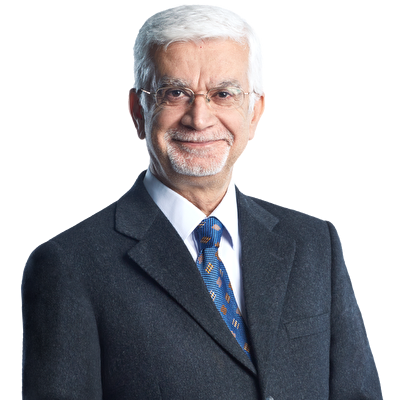 Is ethnic cleansing not a crime for everyone?

Ethnic cleansing is one of the most ordinary crimes in the world. We should be against ethnic cleansing regardless of wherever and whoever and against whom it is committed. We should try to end this crime as if annihilating an epidemic. But, the worl... more

Ankara Massacre: What to do?

The attack that took place in Ankara on Oct. 10, killing close to a hundred people and wounding hundreds of others is clearly a malicious act of terror. Unlike “indiscriminate terrorism,” in literature, such acts are called “selective terrorism.” T... more

Europe is in a hurry, even in a panic. The reason for that is, as the European countries officially say, the refugee crisis. While Europe is making this definition, with its egocentrism as usual, it is underlining the problem it faces, rather than th... more

What is the CHP and MHP's suggestion to solve the Kurdish question?

As usual, prejudices are once again being voiced loudly. The main issue is the escalating terror incidents, in other words, the point the Kurdish question has reached. This issue has more than one actor and history. The incidents that have been happe... more

As I have written a few times earlier, it's necessary to fight against the autonomous structure nested within the Gülen organization. This is neither the AK Party's nor Erdoğan's issue, but the vital issue of all in Turkey. If this struggle cannot b... more

The inevitable darkening of Europe

The population of the world is around 7 billion. This number is expected to reach 12 billion in the 2050s. It means: In less than fifty years the number of the people living in the world will almost be doubled and the population will have stability. ... more

Interesting times and the Kurdish problem

The wish “may you live in interesting times” in China is said to be a curse. Even if living in interesting times may seem as a reflection of a curse, we should reach the conclusion that the whole Turkish nation is cursed in a very bad way. In this co... more

Lessons learned by conservative electorates from the Egyptian coup

In consolidated and stable democracies, political party leaders who have not been successful in elections are resigning. The latest example took place in Britain. The leaders of the Labor Party -who lost the government to the Conservative Party- and ... more

Democracy lessons from the elections in Britain

The elections were held in the country that in Turkey we call England, but whose name in effect is the United Kingdom/Great Britain. The participation rate in the elections was 66 percent. The Tories received 37 percent of the valid votes taking 51 p... more

Respect for refugees and helping; a must for humanity

Neither are people angels nor is the history of humanity the history of angels. Human beings have – always and everywhere – harmed other people by inflicting corporeal harm, as well as harming the bodies and properties of others' relatives and loved ... more

What the release operation demonstrates

As you already know, the judiciary in Turkey does not have a clean and proud record. Unfortunately, the judiciary has never been fully independent and impartial, nor did it act in such manner. It did (and could) not hesitate to position itself agains... more

Why doesn't the West want democracy in the Middle East?

The Arab Spring cheered up and excited the ones wanting liberal democracy to spread in the Middle East. The region, which almost never became affected by the three democracy waves in history, was finally going to meet with and equip democracy. The au... more