Welcome the holy month of Ramadan 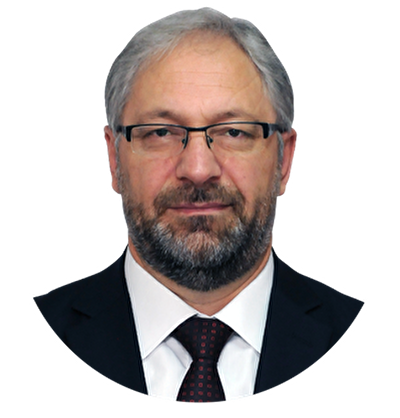 The mahyas -the banners of lights between the two minarets of a mosque- sparkling with statements such as “Welcome the holy month of Ramadan" - made their way this year too, on the occasion of the month of Ramadan, which regresses ten days earlier this year due to the lunar calendar. Mahyas, which conceivably started to be used in the second half of the 16th century during Sultan Ahmet I's reign in the Ottoman period, reflect the radiance of Ramadan and inform us that the guest we had been waiting for eleven months has now arrived.

If we are to make an etymological analysis of the word Ramadan, we will need to include a few interpretations: Some say that it is rooted in the word “ramda," which means “the rain which cleans the face of the earth from dust, before the arrival of autumn," and that the same way rain cleans the earth, Ramadan also cleans the believers of their sins. Furthermore, others state that it comes from the word “ramad," which means “the burning of stones from the severe heat of the sun". Therefore, in the same way someone walking on a hot surface suffers hardship as his/her feet burn, the person who fasts also suffers hardship by enduring hunger and thirst, and that the in same way fire and heat burn things that touch it, a Ramadan spent fasting burns and wipes out sins.

Besides these, there are different explanations too. However regardless of the root of the word, the real factor which gives holiness to the month of Ramadan is the fact that it is the month when the Holy Qur'an was revealed and spending this month fasting –from the start till the end- has been made obligatory for Muslims. Surat Al-Baqarah clearly reveals this fact: “The month of Ramadan [is that] in which was revealed in the Qur'an, guidance for the people and clear proofs of guidance and criterion. So whoever sights [the new moon of] the month, let him fast it; and whoever is ill or on a journey - then an equal number of other days. Allah intends for you ease and does not intend for you hardship and [wants] for you to complete the period and to glorify Allah for that [to] which He has guided you; and perhaps you will be grateful." (Surat Al-Baqarah, 185). Furthermore, the hadiths of Prophet Muhammad confirm this issue with a strong tone: “When the month of Ramadan starts, the gates of heaven are opened and the gates of Hell are closed and the devils are chained." (Bukhari). Hadiths, such as “Whoever fasts during Ramadan out of sincere faith and hoping to attain Allah's rewards, then all his past sins will be forgiven." (Sahih Al-Bukhari). “ Whoever's sins are not forgiven after Ramadan is over, may he/she eat humble pie; may those who catch his or her mother and father and cannot enter paradise because of them also eat humble pie; may those who do not send me greetings when my name is mentioned also eat humble pie" (Tirmidhi, 110). “Whoever spends the night of Laylat al-Qadr in prayer out of faith and seeking reward, all his previous sins will be forgiven," expresses the superior virtue of this month.

Besides the verses and hadiths, there are other factors which confirm the virtue of this month why it is regarded as the “sultan of eleven months" amongst the public. For instance, it is the only month mentioned in the Qur'an. The Qur'an was revealed in this month and the Night of Power (Laylat al-Qadr), which is stated as the night “having more benevolence than a thousand months" takes place in the month of Ramadan. Fasting, which is one of the five pillars of Islam belongs to this month. Experiencing the excitement of iftar (breaking the fast) and suhoor (pre-dawn meal), praying taraweeh prayers, giving fitr (a special form of Islamic alms-charity) are all practices unique to this month. Secluding one's self for worship in the last ten days of Ramadan –referred to as itiqaf- is one of the practices of the Prophet, which he carried out until his death. Reading the Qur'an in gatherings (mukabele) during the month of Ramadan is accepted as one of the most important values of our civilization. The Prophet would read the Qur'an to Angel of Gabriel and would verify it. Attending mukabeles, and reciting and understanding the Qur'an individually are some of the nonobligatory worship which the believers should focus on the most during the month of Qur'an. God willing, we will approach these issues and try to give a more detailed explanation of them in our future pieces.