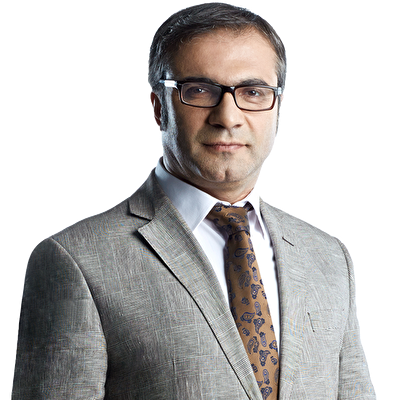 The xenophobic rhetoric against Syrians in Turkey

Last year, the UN developed an emergency action plan to fight xenophobia, discrimination, and racism. Most countries, including Turkey, signed this action plan. However, the world's wealthiest countries, such as the U.S., France, the U.K., Israel, Ca... more

Turkey must fight Armenian 'genocide' allegations with its own unique approach

When U.S. President Joe Biden used the term “genocide” for the events that transpired in Ottoman Turkey in 1915, we were all outraged, and rightfully so. Turkey is sitting in the defendant’s chair as the sole culprit of the great miseries caused by t... more

France is a secular Catholic republic. Catholic means universal truth. You have no choice but to accept this universal truth. Otherwise, you cannot live with it. Thus, the entirety of Medieval Europe was Catholic. There was no other sect, because it ... more

The ‘others’ of European host countries: Muslim guest workers

A sociology study conducted in Germany that was published this month provides quite enlightening information with respect to the state of Muslim immigrants in Europe. The study titled, “A Threat to the Occident? Comparing Human Values of Muslim Immig... more

Muslims are either locked up in camps or hit with bombs all over the world. . . They are slaughtered, ostracized, marginalized, sent into concentration camps and their citizenship and identities are being revoked. The world has become a living hell f... more

Europe is watching by as mosques are being bombed

What a great deal of mosques are being bombed! They are being gunned down, set on fire and bombed. They have recently been the targets of unprecedented destruction and plundering. Mosques are bombed mostly in the Muslim world and Europe. Recently our... more

Anti-imperialism, the Middle East and democracy

The anti-imperialist sentiment was one of the most widespread ideologies of the Cold War era. All the National Socialist Arab regimes in the Middle East were holding on to this ideology. All of them were republics. All of them were one-man regimes. A... more

Europe is looking for a Martin Luther for Islam!

The assimilation of Muslims is not taking place like the Europeans expected it to. Muslims are somehow continuing to practice their own beliefs. The way they dress, their awareness of what is halal and haram, the sacrifices they make, and their conti... more

The defeat of those who tried to hit Turkey with Khashoggi

No one was expecting an intellectual to become the main topic of the world. Especially those political authorities who carried out this murder. This murder has become an issue of the Middle East and even of the world. Who made this possible? The Jama... more

The fate of Muslim intellectuals and Jamal Khashoggi

What happened to Saudi journalist Jamal Khashoggi tells us something about what Muslim intellectuals go through. Because Khashoggi, both in his country and abroad, is a well-known intellectual. A mind pondering Muslim communities. He closely follows ... more

Today we understand that the parallel structure which interfered in the state, got all of its power by imitating state institutions: by establishing intelligence within the intelligence service, using the state’s own weapons, attempting coups by copy... more

The regimes that resort to state terrorism

Turkish President Recep Tayyip Erdoğan is another politician abroad! He brings forward the oppressed people in the world. He talks about the Jerusalem invasion, the massacres in Myanmar, the refugees who have drifted from their homes, and the communi... more